All New, All Different Avengers team assembled by Marvel

We covered the recent news that Ms. Marvel and female Thor will be featured as the first (and apparently only) of the new Avengers to have an XX chromosome. Back then, we posted a few calculated guesses on who the other Avengers might be, and as it turns out, we weren't far off.

Joining the All New, All Different Avengers is Miles Morales, an African-American/Hispanic youth who took over from Peter Parker's mantle after his death in Ultimate Fallout #4. The black and red spandex sporting Spidey is accompanied by The Vision, an Android which needs no introduction, and one we're looking forward to seeing in Avengers: Age of Ultron.

We also have Iron-Man and the new African-American Captain America, otherwise known as Samuel Wilson. Rounding off the six person team is Nova, who in this version is Latino male Sam Alexander. Both Nova and Captain America have been taken from the Earth 616 Marvel Universe, as the company aims to push the level of character diversity sorely lacking in previous Avenger teams.

There has been some debate as to the identity of Iron-Man, as Wired believes it to the enigmatic Tony Stark, while The Verge is advocating the case for Pepper Potts. The latter would fall within the Secret Wars story arch that Marvel is currently wrapping up and would make this the first time that a white male has not featured in the Avengers.

The first issue of the All New, All Different Avengers will be available on 1 May for Free Comic Book Day, so check out your local comic book store closer to that date for details. 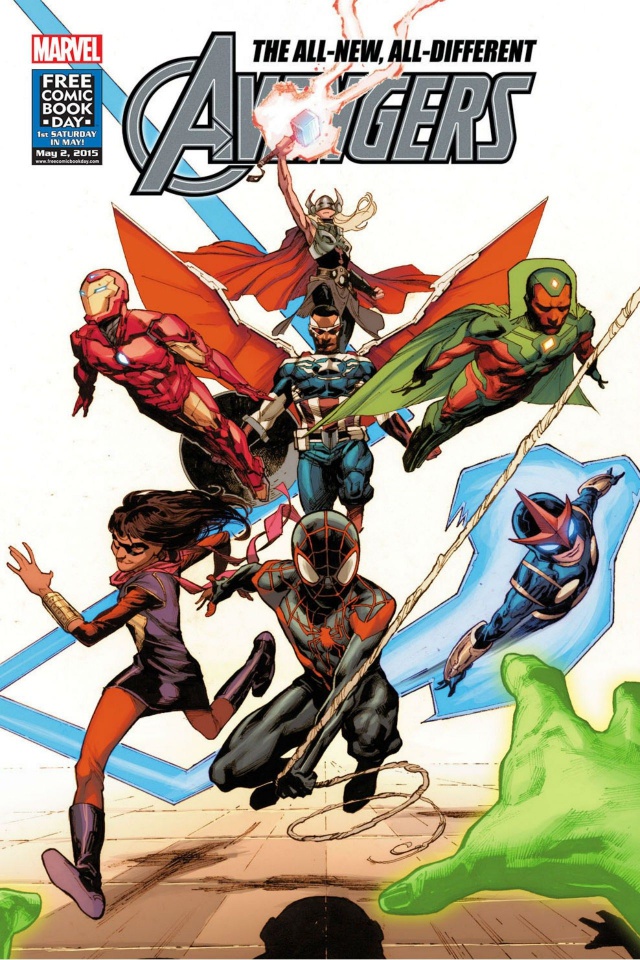