If this isn’t enough of a proof of concept them we simply do not know what is. Charlie Human's Apocalypse Now Now deserves a full feature movie, and this eight minute short shows what can be done with it.

Garion Dowds (Shepherds and Butchers) stars as the monster seeing, girlfriend killing Baxter Zevcenko, who needs to clear his name. He teams up with supernatural bounty hunter supremo, Jackie Ronin (Louw Venter, Die Laaste Tango), who despite his shaggy looks seems more than capable at the job of killing monsters.

The short is directed by Michael Matthews and written by Sean Drummond, the same team responsible for the upcoming SA western Five Fingers for Marseilles. It even has an awesome Mondo style poster designed by one of our favourite local artists Simon Berndt (posted below).

Now, without jumping the gun a bit, Apocalypse Now Now has us excited in much the same way as District 9 had. Awesome cinematography, great tunes, smart casting, the short feels like a winner, so we’re really crossing our fingers that a full length movie will get made.

If you have eight minutes to spare, hit play below, sit back and enjoy. Hopefully you will join us in sharing the sentiment of the wise poet, Busta Rhymes, when he said: “Gimme some more”.

Just be careful, this isn’t Harry Potter and some might just consider it a bit NSFW. 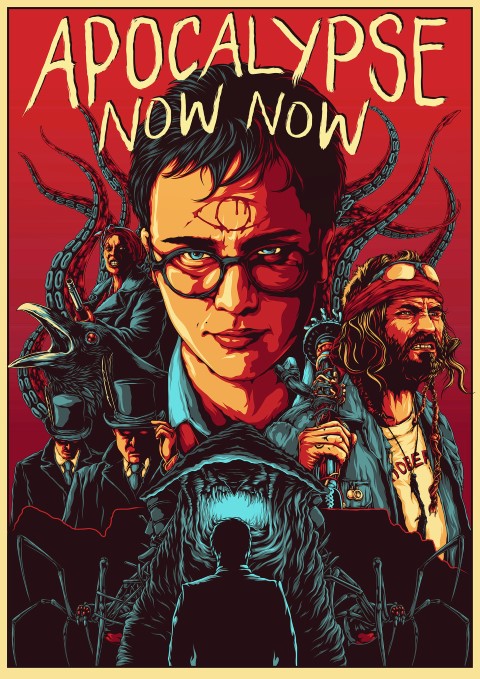