Whatever your opinion of smartwatches may be, it's still one area that Apple is directing its energies toward, with the Apple Watch Series 3 making its debut at the Apple Event last night. The device may not be the showstopping unveiling that it may have a been a couple of years ago, but this iteration of Apple Watch does feature enough new bells and whistles to make you sit up and take notice.

To that end, Apple has introduced a GPS + Cellular version to the standalone GPS model, and made it available in both the 38 mm and 42 mm sized watch cases. The Cellular variant is fully LTE capable via a built-in eSIM, with users able to share the same number as their iPhone. This means one could actually start using it the way that a smartwatch was intended - i.e. free from your smartphone. 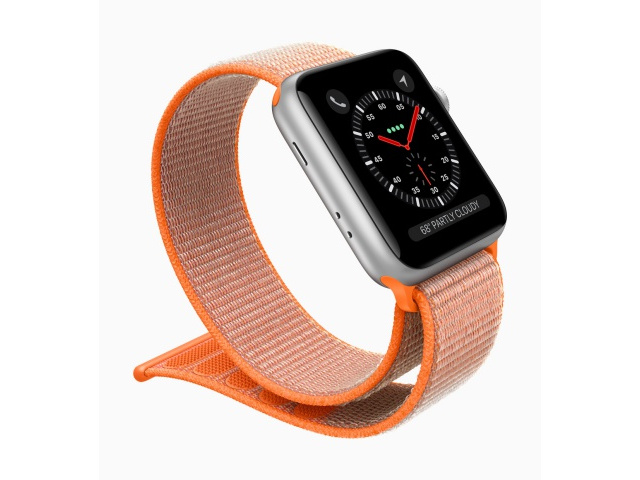 Other notable elements are the new watchOS 4 that boasts an improved heart rate app to more accurately monitor one's heart rate during workout sessions or breathing exercises, according to Apple. There's also a barometric altimeter thrown in for good measure, which when coupled with the GPS should provide enhanced tracking while you're running or cycling routes with different altitudes.

Also worth mentioning is the integration with Apple's EarPods and improved Wi-Fi connectivity via a new dedicated W2 wireless chip, which is said to be 85% faster than the previous unit. Powering the device is a third-generation S3 dual-core processor, which Apple notes will facilitate the rapid launching of apps and smoother graphics.