After a couple months of rumour and speculation, Apple finally lifted the lid on its new MacBook Pro last night. While two features in particular were leaked prior to the unveiling (Retina Display Touch Bar and Touch ID), the MacBook has received a number of noteworthy upgrades to pique one's interest. Furthermore, Apple appears to have nixed the popular MacBook Air in favour of a 13" MacBook Pro sans the new Touch Bar and Touch ID.

The aforementioned Touch Bar and Touch ID got much of the focus last night, with numerous demos in a variety of applications like mail, Photoshop and Final Cut Pro. The Touch Bar in particular is Retina Display in nature, as well as being contextual and customisable.

To that end, an application like Mail will feature buttons for replies and flagging, while Final Cut Pro feature a scrubbing portion in the Touch Bar. Added to this will be Touch ID fingerprint scanning integration where the new power button is. This will facilitate Apple Pay purchases, along with signing into profiles. It will also allow multiple users to sign into a single MacBook, setting up OS X Sierra to their specifications and settings. 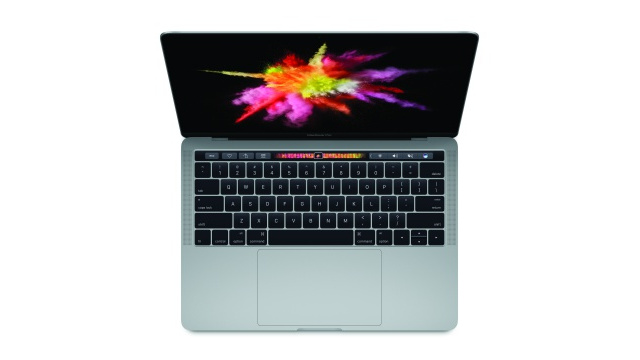 Moving onto the rest of the new MacBook's body, it's an all metal unibody enclosure, with the 13" model 17% thinner and takes up 23% less volume than its predecessor. The 15" version is similarly svelte at 14% thinner and nearly 227 grams lighter.

On the specifications side, the MacBook Pro will serve up a choice of three 6th Gen Core processors - 2.0 GHz dual-core i5, 2.9 GHz dual-core i7 and 2.6 GHz quad-core i7. There'll also be 8 GB and 16 GB RAM, as well as 256 GB worth of SSD storage across the board. Added to this is a far larger trackpad on both 13" and 15" models, measuring 46% and twice as large respectively.

As far as pricing goes, the 13" MacBook Pro (non-Touch Bar) is $1 499, a step up the Touch Bar model 13" Pro starts at $1 799 and 15" variant for $2 399. All three models are currently available for purchase in the States, but no confirmation of when South African consumers can get their hands on them. Until then, enjoy Sir Jony Ive's narration for the design film below.