The annual Comic Con 2018, which finished yesterday in San Diego, provided us with a number of sweet trailers there to tempt us with upcoming releases. Arguably the biggest, and also most relevant to South Africans, is the that of Aquaman. This is because the star of the show, Jason Momoa, is of course destined to stop by our own Comic Con, starting on the 14th of September at the Kyalami Convention Centre.

Aquaman is the sixth installment in the DC Extended Universe movies, with this set so shed some light on the origin of the hardcore heir to the kingdom of Atlantis. What we’ve learned from the trailer is that Aqua’s dad is a lighthouse keeper, with his mom being the Little Mermaid, or rather Queen Atlanna, played by Nicole Kidman.

Cut to a few years later and the Atlanteans are about to revolt against us, the regular ground dwellers. For what, we don’t know, but we’re quite sure that big plastic island floating around in the Atlantic Ocean might have something to do with it. Prompted by Mera (Amber Heard, Justice League), Aqua needs to rise up against Orm (Patrick Wilson, Watchmen), the guy currently in charge of Atlantis, and claim his rightful place in the Kingdom of Atlantis (is it just us or does this have a similar ring as the story for Black Panther?). Can we expect a similar hit for Aquaman that Wonder Woman had in her solo movie? Maybe, but sharks and seahorses in battle can’t ever be a bad thing.

The movie is directed by James Wan, the guy who gave us Fast & Furious 7 and Saw, with Aquaman swimming up to shore come 7 December 2018. 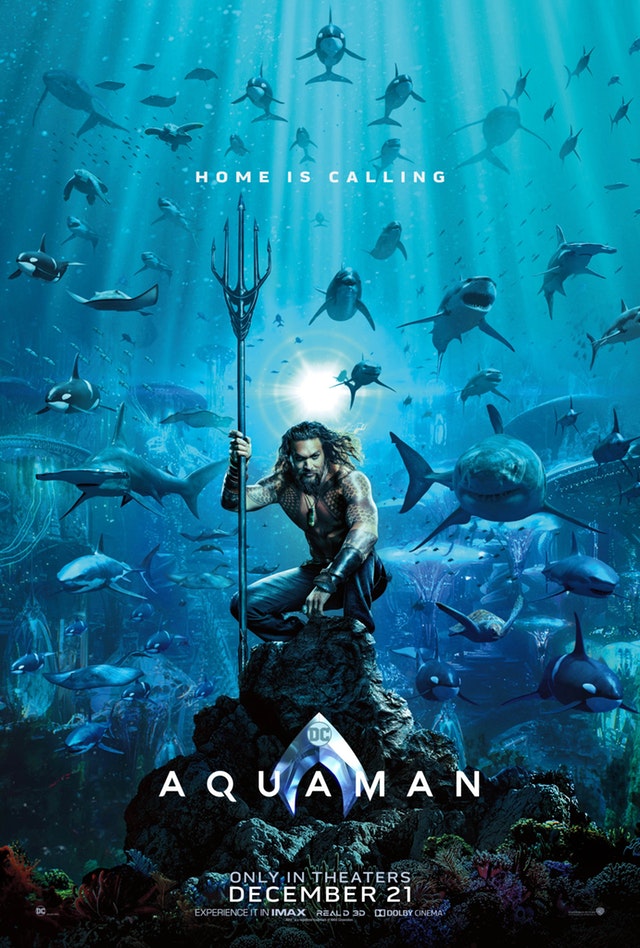