When you're making a list of iconic characters in the Street Fighter franchise, the likes of Ryu, Ken and Chun-Li will naturally feature, but one that cannot be forgotten is Blanka. The science experiment gone wrong has been a fixture in Street Fighter games since 2: The World Warrior, but has remained conscipcously absent of late.

That's gonna change come 20 February, with Capcom confirming his return for Street Fighter V: Arcade Edition. Along with being added to the roster for the third season of the game, Blanka also received a gameplay trailer to see him in action, as well as giving a glimpse at his new redesign and three costumes he'll have in-game. 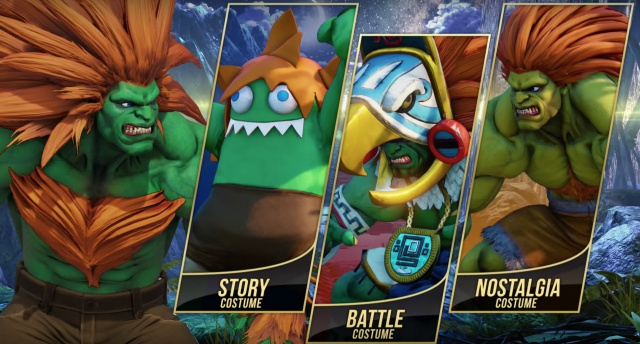 This version if Blanka has been updated with a brighter shade of green, but retains his signature red hair, sporting abit more of it on his chest and forearms. As the trailer below showcases though, Blanka has not lost any of his edge over the years and he's one of the more abrasive fighters on the roster.

Hit play on the video below to see what Blanka can do.