Are you done with DOOM, but looking for a reason to get back into the demon killing action? You're in luck, as Bethesda has a number of updates set to rollout to gamers from today onwards.

Part of this second major update for the game, aptly titled Update 2, is a few new game modes. These include Capture and Hold, which requires gamers to stay within and successfully defend a designated area. Added to that is Capture the Flag which any avid FPS multiplayer should be familiar with. There are also some Hell Modules for the Snap Map, should you be keen on creating your own fun. 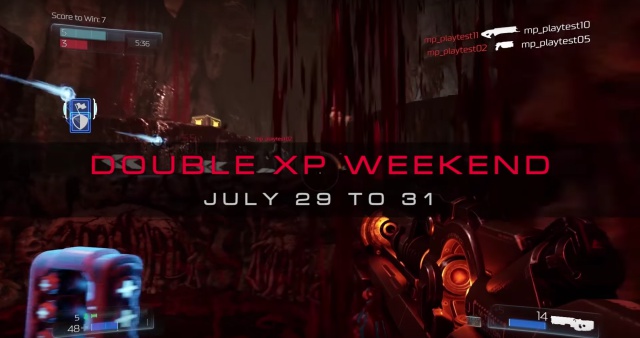 The most significant part of Update 2 weekend though, is the three-day long Double XP multiplayer event. It kicks off today at 19:00 and ends on 1 August at 19:00. As such, for any DOOM gamer wanting to fill their coffers with XP, it's well worth joining.

There's more on the horizon, however, with an Unto the Evil DLC releasing on 5 August for the PS4, Xbox One and Windows PC, for $14.99 on each platform. The DLC will allow gamers to decimate the playing field as a Harvester demon, as well as bundle together three new multiplayer maps, weapons, equipment and customising options for your DOOM marine.

Hit play on the trailer below to see if Update 2 and Unto the Evil is worthwhile.