Perhaps a move to beat those pesky leakers to the punch, while at the same time drumming up interest in his Suicide Squad project, director David Ayer (Fury, Training Day) has been cleverly using social media to detail specific elements of his film. Over the past few weeks, we've seen Jared Leto's slow transformation into the Joker, culminating in rather psychotic looking image (featured below) which debuted last week. 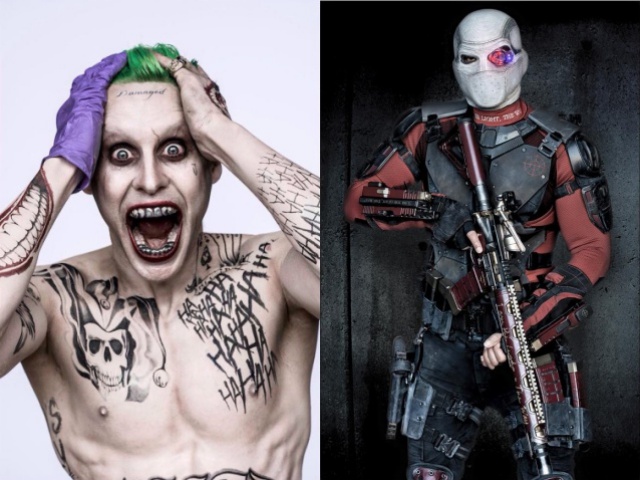 Now, Ayer has offered up the first look at his full Suicide Squad lineup (after the break), with Will Smith and Margot Robbie claiming most of the interest for their roles as Deadshot and Harley Quinn respectively. The former subsequently took to Facebook in order to showcase an image of Deadshot in full costume (featured above), giving fans a great view of Deadshot's mask and weapons.

The film is slated for release in the States on August 5th next year, and while we're more than one year away from the finished product, the early signs point to a rather good looking film. How David Ayer's Task Force X will fit into the DC universe still remains to be seen, but with the Batman v. Superman scheduled for release next year as well, the box office battle between DC and Marvel will only heat up over the next few years, which is great news for movie-goers.