Dell EMC’s Forum, held in Sandton, brought with it, as expected, much to ponder. Beyond the opening keynote, there was the opportunity to dive deeper into a couple of the main topics of the day.

Part of digital transformation is a key revolution that companies need to pay attention to in this digital era called workplace transformation. The topic was once again unpacked at the recent Dell EMC Forum, with several sessions dedicated to it.

But the term itself is not new, so what has changed from last year to this? Chris Buchanan, Dell Client Solutions director Southern Africa, explained that last year, the company focused on dividing the workforce into particular personas based on what each kind of employee needed to accomplish, and then matching them with the optimal technology.

So for example, travelling businessmen, designated as the On-the-Go-Pro would be matched with a thin and light notebook, with an additional battery; Corridor Warriors who transit from one presentation to the next would be equipped with convertibles, whereas as desktop users might be equipped with headphones and a second screen to increase their productivity.

“Our customers struggled to implement those personas though, and the reason why is that a lot of the expenditure was being controlled by finance. The latter were comfortable with the fact that executives received a certain product, managers had access to another then the workers were provided with something else, so changing that was quite difficult,” he elaborated. 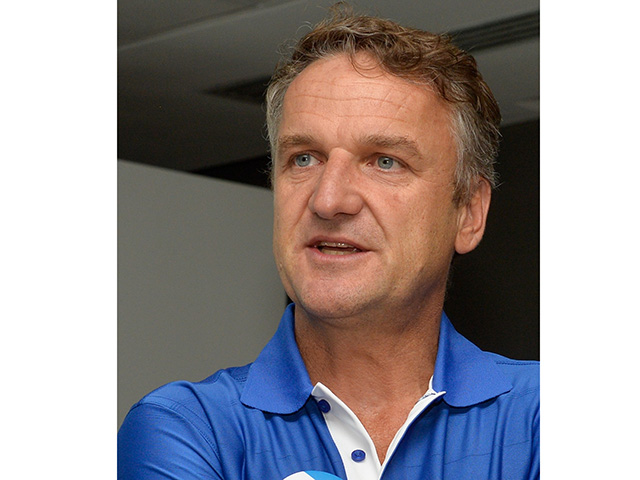 To answer this, Dell EMC introduced a quick questionnaire that would instead help companies map where they were, and what they needed to do to start the journey to workplace transformation.

Buchanan explained that a big part of the company’s efforts this year are around fostering understanding of just how the workplace is changing.

“Where we work has changed, with professionals often spending a lot of time out of the office. Additionally, working hours have changed, with two thirds of people working after hours these days. Furthermore, the type of work people do has changed, often characterised by a good deal more collaboration that is often remote rather than in the same space,” he continued.

Counting the costs - and benefits

A significant factor is fostering employee satisfaction and retaining top talent. Buchanan pointed out that according to Dell EMC’s research, 42% of employees will leave a position if they aren’t provided with the right technology. On the flip side, a majority (66%) of workers seem to be willing to work after hours, provided they have the technology and the flexibility to do so.

“If you could just get an extra twenty minutes a week out of every employee or a more motivated employee who is happy to work on a weekend because you have enabled them to do so, that would translate into major productivity gains over the period of a year,” he noted.

Furthermore, taking employees’ productivity more seriously makes sense in light of the fact that a company’s largest cost is labour.

As to what is holding workplace transformation back from being more widely implemented, it appears to be the cultural shift that still needs to take place in management, especially when it comes to remote working in South Africa.

Buchanan explained that the reason why organisations and corporations exist is to enable collaboration. “If companies don’t create the opportunity for people to collaborate through technology, then they will need to have employees in close proximity. If they do enable and use the various tools available like VOIP, tele-conferencing, screen sharing, and remote meetings, then they don’t have to have people on the same premises to successfully collaborate,” he noted.

There is, however, another factor that may push remote working to the fore – climate change. Just how sustainable it is to have millions of cars on the road going to and from offices, and pumping more carbon dioxide into the atmosphere five days a week, is certainly a necessary debate.

Finally, Buchanan added that companies should seriously consider the impact on morale and motivation, and how valued employees feel, when they are provided sub-par technology on which to do their job.

Even as addressing the likes of security transformation may show a more demonstrable return on investment, clearly taking care to begin the workplace transformation journey is not without considerable merit.