Dell caters to midmarket SMBs with its PowerEdge VRTX

Dell and Microsoft South Africa joined forces at an event held yesterday in Bryanston, to deliver some exciting news to small and medium businesses, most particularly those running remote offices.

On Dell’s part, it announced its new converged infrastructure PowerEdge VRTX (pronounced vertex) product, which offers the convergence of servers, storage and networking into a singular product. It resembles a fairly large (19” high), high end but still transportable tower PC.

Indeed the product, Dell enthused, could actually easily – and quietly – sit in a manager or secretary’s office, an admirable feat considering the advanced IT features it offers.

Bradley Pulford, Dell’s enterprise solutions group director, began by explaining that the launch was part of the company’s transformation towards becoming an end-to-end solutions and services provider, with a strong focus on addressing and catering to customer’s needs.

This was a message that will eloquently elaborated on earlier this year at Dell’s Technology Camp in Amsterdam, and it was certainly heartening to see that, several months later, the company was staying the course.

Pulford continued that, while the product was being presented at Microsoft, and would certainly support and run Microsoft’s SQL Server 2012 software, customers would not be locked in or limited to proprietary solutions. 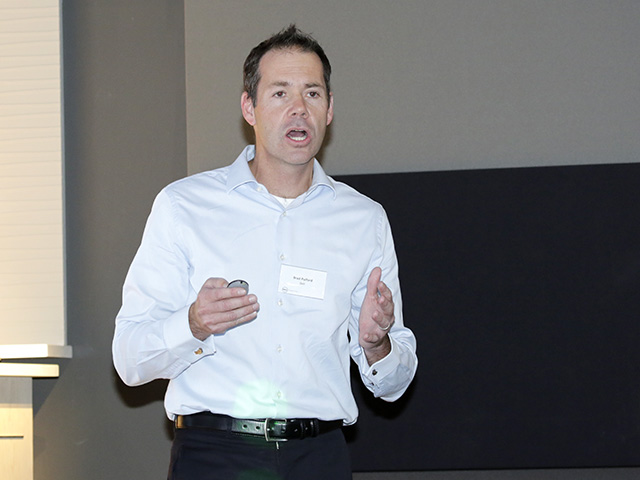 He continued that PowerEdge VRTX was particularly suitable for an office environment as well as for businesses in the healthcare and retail sectors, for example, who may have numerous branches spread out across the country. Kobus de Beer, Dell’s enterprise marketing manager, explained that many small to medium businesses sat with a sprawl of technology, with various servers, external storage devices and network switches, leading towards a situation where their IT became disparate, complex and difficult to manage.

To this end, the device is intended to offer a neat, space saving solution for a business, which could be expanded upon as a SMB’s IT needs grew, in a “pay as you grow” model.

The product supports up to four 2-socket, half height M620 and M520 servers nodes, up to eight PCIe slots and up to a substantial 48 TB of storage. Furthermore, additional servers and/or hard drives could be inserted without the need for more floor space or rack space, and without any additional cables.

No less importantly, De Beer explained that the PowerEdge VRTX could be easily and remotely managed. Indeed, up to nine chassis, spread across several clinics, for example, could be remotely managed from one management console. 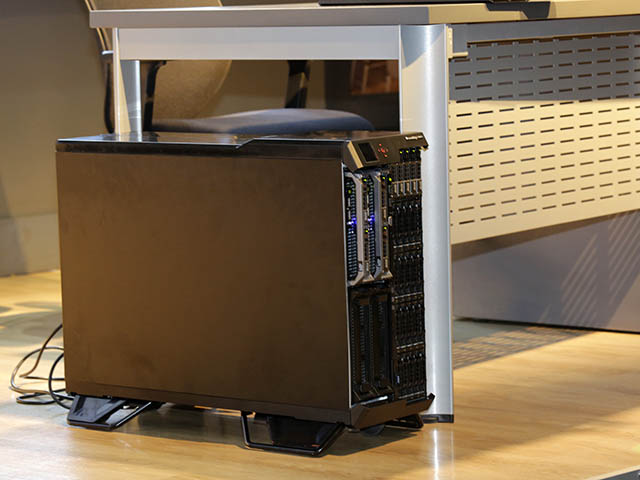 Dell explained that its new converged solution is quiet enough to be run from within an office with minimal fuss, without requiring its own dedicated room.

Apparently, Dell’s launch of the product, which has been available as of this week, has come at the right time. Microsoft South Africa’s server and tools business lead, Johannes Kanis, reported that a number of small, medium and large businesses were revamping their data centres and starting to spend on their IT infrastructure again, after a wobbling server market in the last few years. For Microsoft’s part, the two companies apparently collaborated together on designing and enabling a product that would work well for SMBs.

While the product is customisable to a businesses’ needs, Dell stated that it would start at R150 000.