We're closing in on one year since Google revealed its new mobile devices - the Pixel and Pixel XL. Naturally, it's time to start dredging up info on the 2017 follow-up, which Android Police has seemingly been able to do following some 'leaked' details for the larger Pixel XL.

The amount of info they've received is so extensive, that they've rendered an image of what the Pixel XL may look like when Google reveal it later this year (probably October). 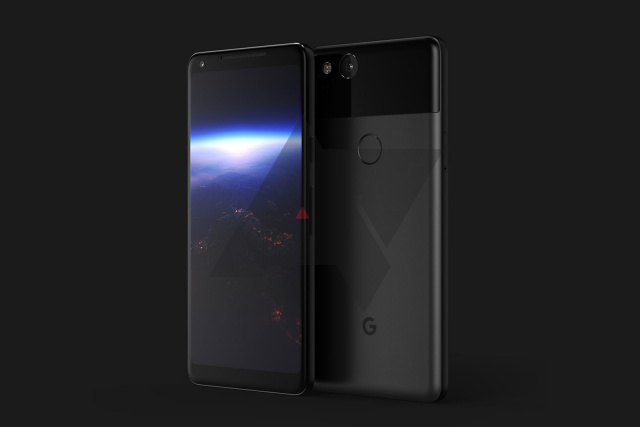 As far as the details go, the device will be manufactured by LG, but will still retain some of the styling that the current Huawei-made Pixel XL sports. The South Korean company is said to have a hand in the display dimensions, however, with a 6" Amoled screen being touted with a 2:1 aspect ratio. It's unclear though, whether it will be 18:9 like the FullVision LG G6. Added to this, the bezel is also said to be far smaller than the current Pixel XL, which is a trend in flagship phones at the moment.

Another interesting aspect (to be taken with generous pinch of salt) is the integration of a squeezable frame like the HTC U11, but given how that feature was more gimmicky than practical, we don't think Google will head down that route.

Shifting internally, the 2017 Pixel XL is expected to utilise Qualcomm's Snapdragon 835 processor, have 4 GB of RAM and cater to 128 GB of onboard storage for one of the models. No word though on what the camera setup or improvements to Google Assistant will be.

With the new Pixel XL still a few months off from being unveiled, or indeed confirmed by Google, we're sure more info for this device and its smaller brethren will be forthcoming.