Android P is Google's upcoming version of its mobile operating system, and is set for a fully fledged reveal at the company's annual I/O event in May. For developers though, a preview of Android P has come from Google, showcasing what the new logo and design elements will look like, and more importantly some of the key features available to build upon.

The logo, as The Verge points out, looks like an upside down version of the Beats brand. Keeping with the company's penchant for using sweets, biscuits and desserts in naming their iterations of Android, P features a series of bright colours in a circular shape. As such, we're hedging our bets that Android P will be called Popsicle when it hits the market. As for the key elements that Android P will be touting, Google has improved the indoor positioning for Wi-Fi RTT (Round Trip Time), with accuracy said to be as close to one or two metres. Messaging also sees a couple of changes, with highlighting for who is messaging you, as well as what kind of replies can be used, such as attaching photos and stickers. 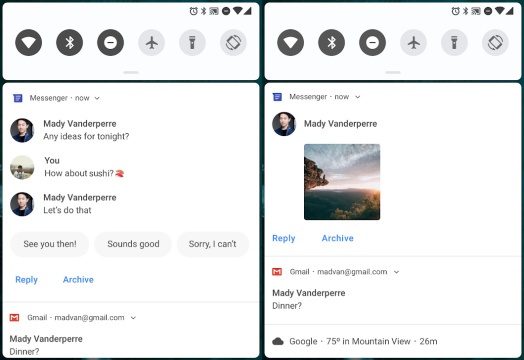 On the camera side of things, Google has created a multi-camera API that will allow for the access of streams from two or more cameras. With many flagship devices sporting dual front and rear lenses, Google is aiming to see how developers can make new offerings. Whether this will extend further than 360-degree videos, remains to be seen.

There are a host of other features and APIs that Google has created, with all of them set to come to light during Google I/O 2018.