Experts weigh in on when blockchain’s time will arrive

Measuring whether a new innovation delivers on its promise is tricky. Recently the Segway - once touted as the watershed in 21st-century transportation - ceased production after being a monumental commercial flop. On the other hand, the speed at which smartphones have spread across and influenced the world is still making our heads spin.

More than a decade has passed since blockchain first appeared in 2008. It was hailed as a groundbreaking new technology, something that would change the world. Where does blockchain sit on that delivery spectrum?

Several experts recently weighed in on this topic during an Andile Axiom webinar, The shape of Blockchain: Fit to Compete?. Hosted by Andile, a leading fintech solutions creator, one of the first questions asked of the panel was what blockchain’s current state is. Why has the technology not yet impacted the world as many predicted it would?

“One of the reasons might be that people aren’t completely sure what you can really use it for,” noted Bernard Bussy, software engineer at Andile. “Because bitcoin became so astronomically popular, many people are not aware that blockchain is a separate technology that finds applications unrelated to peer-to-peer payments. Cryptocurrencies helped establish blockchain, but also took a bit of the oxygen out of the room.” 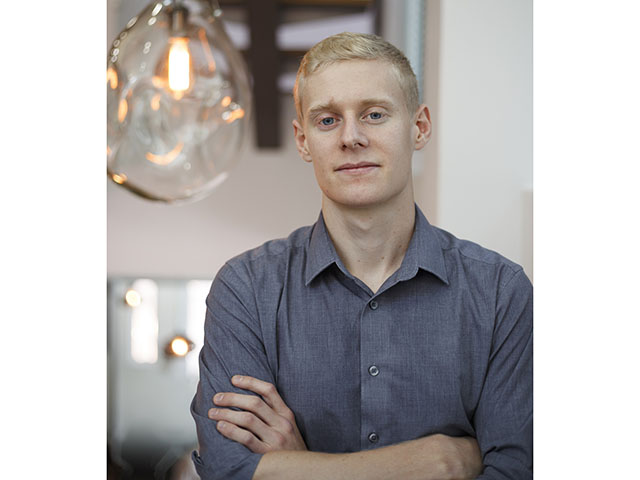 The technology behind other technologies

But it’s key to understand that blockchain is an enabling technology, as Bussy explained in his brief presentation before the panel discussion. Just as the combustion engine changed transportation, or the internet led to social media sites, blockchain is an underlying technology from which many other derivative technologies and services stem.

Cryptocurrencies such as bitcoin initially overwhelmed blockchain conversations, and continue to be its face in the popular imagination. Yet behind the scenes, the technology is starting to support and deliver in other areas.

The financial sector is a clear leader in blockchain interest, and not only due to cryptocurrencies. Foreign currencies, trade finance, supply chain finance, and tracking physical assets such as gold or diamonds are all working on different blockchain use cases. There are also growing uses in supply and logistics, insurance, and even entertainment. Ernst & Young, Microsoft, IBM and a host of startups, such as Mediachain and the Open Music Initiative, all offer some type of intellectual property and royalty tracking services based on blockchain.

Blockchain’s role as a background technology, and cryptocurrencies dominating the popular conversation around it, could explain why the technology’s successes aren’t as evident after 12 years, even though they are happening. Yet the panel also conceded that blockchain is still arriving.

“We see a lot of innovation and tools around the technology, which makes it easier for people to apply the technology to different industries,” said Erick van der Linde, Andile’s technical blockchain expert. But, he added, “there’s a lot of education that needs to happen and information sharing that is required for people to be comfortable with the technology and understand what is a safe way to do this.”

He compared blockchain to internet banking, which also required familiarity with such services, as well as better ways to work with them, before they became widely used. Bussy noted that a land rush to create blockchain applications, coupled with a distorted message that it’s a cure-all for all data problems, may have led to a lot of once-bitten-twice-shy:

“Using it correctly is quite important. It’s possible people out there might have gotten their fingers burnt applying blockchain in the incorrect place, and then you’d spend a lot of time and effort trying to solve your problem. Quite a few cloud providers offer blockchain as a service or solution to try and solve lots of things. But if you use it in the wrong place, it can be very difficult to solve something.”

The webinar offers advice on how to evaluate blockchain’s role for a given use case, explored in this article.

Regulations were also a barrier as central banks and other authorities wrestled with how blockchain fits into current regimes. This is an ongoing project, yet there has been enormous progress around regulation, opening the way for blockchain’s greater use. Bloem specifically highlighted the progressive role played by South Africa’s banking authorities:

“In the South African context, we are very fortunate to have a central bank that is actively looking at the regulation and actively investigating the use cases that they are seeing within the industry. It was an amazing move from the SA Reserve Bank to create the group they call IFWG [Intergovernmental Fintech Working Group] and start talking to the industry around the regulation and the applications. They also have a nice sandbox environment going on, where you can apply and test your use case within a regulatory framework.”

When will blockchain’s time arrive? Among cryptocurrencies, it has already shown what it’s capable of. There are clear trends of increased investment, commercial use cases, growing education and improved tools - all contributing to blockchain’s growing influence.