Preparing for the next disruption: 10 analytics tr...
0
comments

One of the most fascinating discussions to emerge from F5 Networks’ Agility 2017 conference, taking place in Barcelona, was that of the Future of Apps. Continuing from Part 1, the Future of Apps report though, didn’t just go in depth into how apps may progress, but how these may well change society as we know it.

It is in the third pillar, that of personal realities, that some of the most intriguing and potentially disruptive predictions are more evident. Josh McBain, the director of consultancy Foresight Factory, pointed out that IDC predicts the AR/VR market in Western Europe will reach $2.5bn this year a 131% increase as compared with 2016 – and is expected to reach $25.7bn by 2020.

That however, is just the beginning of the story. According to Foresight Factory, app interfaces will be transformed by this rise of mixed reality and hardware innovation. This means that location will become irrelevant to many aspects of communication, learning and experience, creating the notion of individual realities. In parallel, new risks will arise as individuals become ever more immersed in their computational existence. A question and concern that arises out of this though, is what will this mean for human interaction? Will one of the predominant challenges in the years to come be around relearning the simple basics of socialising?

It is a question that McBain answered in depth in a later interview, but apart from that,  McBain advised that developers will need to approach app design with a view to embed or layer it into a wider ecosystem. Equally, they need to anticipate new app interfaces that more effectively integrate voice, biometrics and haptics. 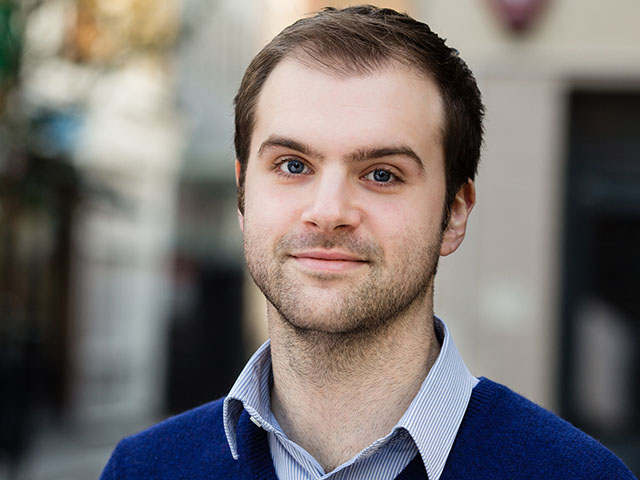 Interestingly, it isn’t companies driving the demand, with  Foresight Factory believing consumer demand is fuelling much of the evolving innovation roadmap. McBain pointed out that nearly half of surveyed respondents across Europe and South Africa have already used a VR headset or are interested in doing so, rising to 57% among millennials. A clear majority (71%) of consumers in Europe, Middle East and Africa also agreed they need to satisfy a desire for new experiences, and nearly half (46%) said they would be interested in night vision contact lenses, increasing to 56% among millennials.

“In the future, a new application could very likely be the same as adding a new organ or sense,” said Neil Harbisson, founder of Cyborg Foundation, and the first person in the world to have an antenna implanted in his skull.

“Once you merge with technology you can extend your perception and you can extend your senses to give you a much more profound experience of life and of reality. It can change not only how you see your daily life but also the way that you see the future,” he enthused. You can see artist Harbisson, who is also referred to as the world's first cyborg, explain more in the video below.

Security at a whole new level

In a nutshell, McBain pointed out that, more than ever before, embedded biometrics and AI will enable humans to take greater control of their personal data.

However, these technological shifts will bring significant risks to an increasingly fraught threat landscape, including the dangers of self-replicating AI, autonomous vehicle hacks or the weaponisation of the Internet of Things. “We now need to be prepared for when cybercriminals hack the human or even breach the brain,” he noted.

It is not just individuals that stand to have their world changed in unimaginable ways by the aforementioned four trends. Lizzie Cohen-Laloum, senior vice president EMEA Sales, F5 Networks, noted that there is growing pressure on organisations and developers to stay relevant as well.

“Demands are changing at lightning pace and security concerns are surging. The Future of Apps indicates how the balance of power is shifting away from businesses, creating immense opportunities for those capable of delivering apps with speed, adaptive functionality and security. This is particularly true as apps increasingly harness the cloud and sit at the heart of complex ecosystems, incorporating everything from voice and biometrics to haptics and augmented reality,” she added.

And with this, the theme during Agility 2017 – making apps go smarter, faster and safer – was set. Still to come is a deeper look into what the future may hold, both positive and negative, for society in general, why agility is essential as well as the critical role security has to play.