While most movie-goers eyes remained fixed on Star Wars: The Force Awakens, which arrives on 16 December locally, and then Batman v Superman in March of 2016, Marvel has sneaked in one more trailer for one of its 2016 projects before this year ends. Captain America: Civil War, with the post-colon portion gaining its name from the popular comic book series, has debuted its first trailer. Titled The Civil War Begins, it finds Captain America (played by Chris Evans) at odds with the United States government, while searching for the Winter Soldier and his friend Bucky Barnes. 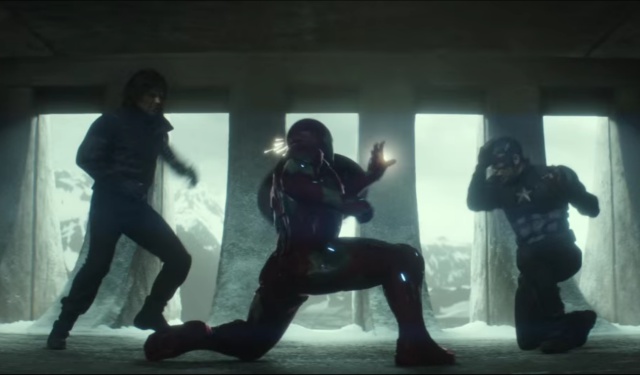 This third installment in the Captain America franchise is driven by the fact that the government wants to reign in the activities of superheroes, and bring them under its control. As expected, given his past with S.H.I.E.L.D and its infiltration at the hands of Hydra, Captain America is not keen on the idea. Interestingly though, it appears as though Iron-Man (Robert Downey Jr.) is, and the government gets Tony Stark to try and bring Cap in.

While the moral dilemma these new events in Civil War impose upon two of the original Avengers is great to see play out on screen, we're more interested in some of the new heroes found in the trailer below. No longer a sidekick, but a hero in his own right, we get to see the Falcon (Anthony Mackie), as well as a few glimpses of Black Panther (Chadwick Boseman) in his signature vibranium suit.

As far as trailers go, we've seen better from Marvel, and given the scope of Civil War in the comic books, we were expecting an Avengers-scale to this film. Hopefully though, the new year brings a new trailer to delight our inner fanboy.