We haven't been shy about our anxious excitement to see what the new-age reboot of Power Rangers will look like. A few weeks ago we saw how Elizabeth Banks will appear as the main villian Rita Repulsa, and now we catch the first glimpse of the new Power Rangers, all suited and booted in their trademark costumes. Just like Repulsa's image, this one comes via Entertainment Weekly. 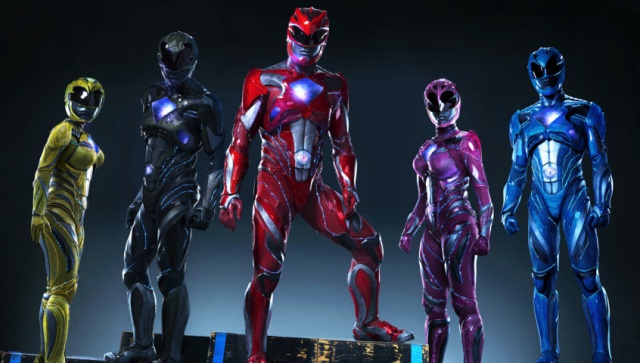 From first appearance, everything seems to be in order. Their helmets all contain nods to the original series, with features from their respective dinosaurs integrated into the design. The suits are also created to resemble body armour and less like spandex, which is what they looked like in the 1995 movie.

We are a little hesitant about the chest-mounted diamonds, which is something completely new. According to director Dean Israelite (Project Almanac), these suits are more like extra terrestrial exoskeletons, which essentially crystalise around their bodies, hence the weird-looking chest plate.

How die hard fans will react to the suits remains to be seen, but we for one like them, particularly the black Ranger.