The all-female reboot of Ghostbusters is coming 15 July next year. We've seen unofficial shots of the actresses on set during filming in the past few months, but now director Paul Feig has debuted the first image of the new foursome via Twitter. Feig has a strong history with the new Ghostbusters cast, and in particular Melissa McCarthy and Kristen Wiig who worked with the director on Bridesmaids. Joining those two are current Saturday Night Live cast members Kate McKinnon and Leslie Jones, which should amp up the comedy even further. 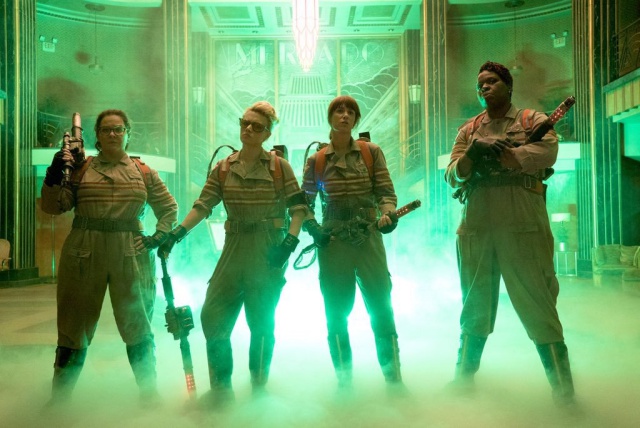 The film will also see three remaining members of the old band of Ghostbusters make a cameo appearance, with Bill Murray, Dan Aykroyd and Ernie Hudson getting some screen time. As for how big a part they'll play, little is confirmed, but the film should do well if it can capture the same Bridesmaids-esque humour that made us fans of Wiig. Hopefully, a trailer will be released some time soon to confirm our hopes.