It has been a little over two months since Microsoft launched Windows 10 globally, and after a strong initial showing, the pace has slowed down slightly. As such, Microsoft's new mobile OS, Windows Mobile 10, being showcased today at 16:00, can give the company another shot of adrenaline.

More importantly though, a solid mobile OS will go a long way in ensuring that Microsoft's cross-platform goal for Windows 10 remains on track. Windows Mobile 10 (Microsoft has opted to drop the Windows Phone tag) has its work cut out for it, as it has to compete against the likes of Android and iOS, both of which have loyal followings and feel well ahead of Windows Phone 8.1. To that end, here are five things we'd like to see in Windows Mobile 10 to be successful in our books. 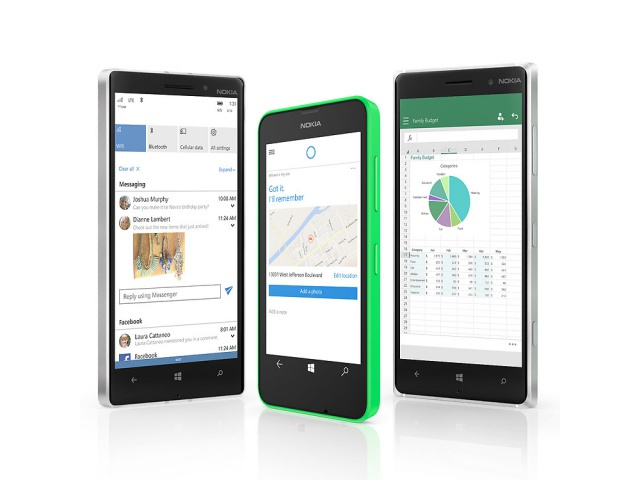 Mobile operating systems' live and die by the range of apps they have on offer. When it comes to Windows Phone 8.1, the OS has been floundering in terms of the quality and selection of apps it has available. For Windows Mobile 10 to be well received, a solid batch of core apps must be complemented by the type of apps available on both the Apple and Android marketplaces. Hopefully then, the unified app store for Windows 10 will help address this.

Have you seen those baby ads that rolled out with Windows 10 in July? They focused heavily on Microsoft Hello, the face recognition software that worked as a form of biometric security for Windows 10. While being able to unlock one's smartphone with a smile is great, there is potential to use the tech in popular apps like Instagram, where good selfies are the currency of choice. It can also be used to facilitate purchases from the app store, or access private portions of one's smartphone.

A OS like Android is filled with them, and they often serve as a great way to customise one's device to be more productive and customised a bit more personally. While Windows Phone 8.1 has a number of widgets, most of which extend to changing the live tiles, they are not compelling enough to feel truly unique. While we're unsure whether more widgets can be integrated into Windows Mobile 10, it would certainly make it feel more modern.

Continuum may just be the feature that defines Windows Mobile 10. It's a docking client (wired or wireless) that allows users to integrate information and aspects of one's smartphone to the desktop PC or notebook. It seems to work akin to BlackBerry Blend, and has productivity at its core. If it can deliver on its promise to make work more efficient, then it will go a long way in cementing Windows Mobile 10's status as a workplace OS of choice.

Microsoft has already brought Xbox to Windows 10 in a more substantial way, allowing users to take games off-console, if supported. Sticking with Microsoft's cross-platform message, including the same sort of functionality on Windows Mobile 10 seems a natural choice, especially as smartphone users play a ton of games of their smaller screen these days. In fact, it could prove a great way to kill time during a power outage, or boring meeting.

While Windows Mobile 10 has a lot of pressure on it to deliver the goods, the early showings have been promising, and it should prove interesting to see how Microsoft makes the most of it later today. The company has a Windows 10 device event scheduled for 16:00 today, which you can watch live here, or follow @TechSmartMag in stay in the know.