Head to your local smartphone store, and the choices are greater than ever, especially when you start looking at the flagship options, as every manufacturer has thrown their hats in the ring.

Perhaps dominating on that end of the smartphone spectrum is the Apple iPhone 6, having had a pretty strong showing in that segment locally. That picture is set to change however, as there are a number of flagship alternatives to that of Apple, with an influx of competitor devices from South East Asia. To that end, we direct your attention to the Huawei P8, which recently made its debut to South African shores.

Here, we'll look at both flagships and analyse their respective designs, build quality, performance, and extras like cameras and battery performance. As such, for those looking to compare the two, TechSmart has done all the hard work, so read on and enjoy. 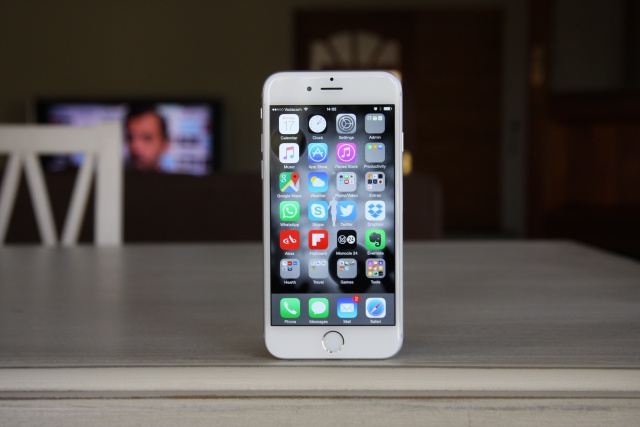 We start off with design, which is also one of the more peculiar elements in our analysis, primarily because the iPhone 6 and Huawei P8 look so similar. While the corners and curves of the P8 are a bit angular, and less rounded than the iPhone 6. The P8 is also a tad wider at 72.1 mm, compared to the iPhone 6's 67 mm. As a result, it sits a little better in the hand, and therefore makes one handed use a bit easier to manage. While the P8 is not unwieldy at 5.2" (diagonally), its sizeable frame does lend itself better to one handed use, and sits right on the cusp of smartphone and phablet, in terms of dimensions.

Both devices, make use of an aluminium and glass materials in their design, the major discernable difference however, is the black (or white) band that runs across the top of the P8's back cover. It houses the P8's 13 MP primary camera on the left hand side, but somehow feels like a bit of an eyesore, compared to the cleaner overall look of the iPhone 6. That said, the iPhone 6 is not without flaw, as the primary 8 MP camera juts out a little oddly, and does tarnish an otherwise beautiful looking smartphone.

As such, the use of premium materials, as well as relatively clean designs and simple form factors, it's honours even in the design and build quality fronts. 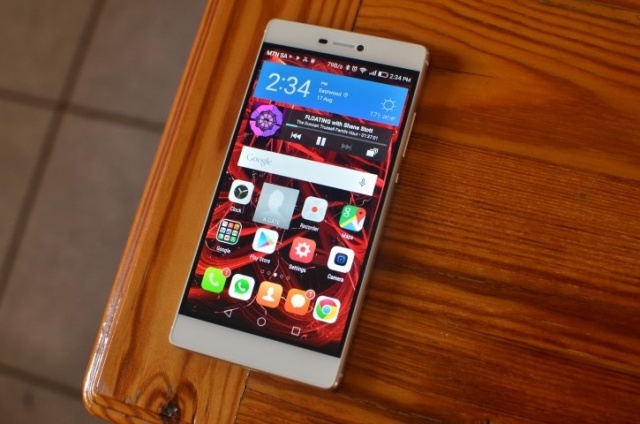 Now we delve inside, and much like the engine of a top sportscar, a smartphone's processor, RAM, GPU and modem is often a good way of ascertaining its pedigree. As both devices here are flagships, and tout some of the latest tech around, the margins are quite fine.

An example of this is the processor, the beating heart of any good smartphone. The iPhone 6 sports its own dual-core A8 chipset, which clocks in at 1.4 GHz. If you compare that to the P8's split HiSilicon octa-core setup, with two quad-core 2 GHz A-53 and quad-core 1.5 GHz A-53 chipsets working in tandem, the edge might easily go to the P8. Benchmarking however, showcases just how efficient the iPhone 6 is, scoring 46 357 on AnTuTu, which is in fact better than the P8's 44 108 total score on the same benchmark. 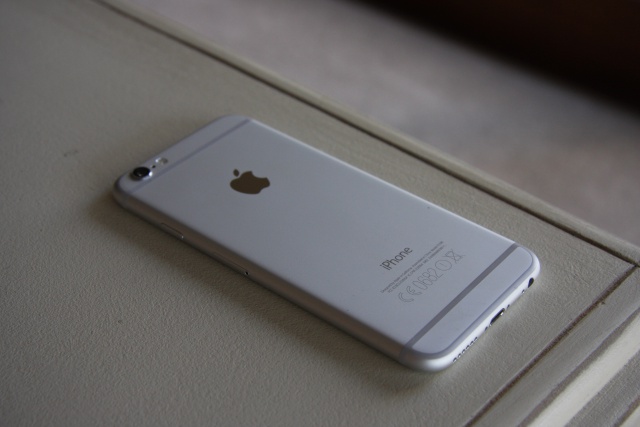 The one area that the P8 outperforms the iPhone 6 however is RAM, with Huawei incorporating 3 GB of RAM into its flagship, which is far more than Apple's 1 GB of RAM in the iPhone 6. As such, when users start doing some heavy multitasking, using processor heavy applications or find their internal storage reaching its limits, the P8 should have greater stamina in terms of the RAM's functionality.

When it comes to processors and specs then, although a tight finish, the P8 just pips it ahead of the iPhone 6. 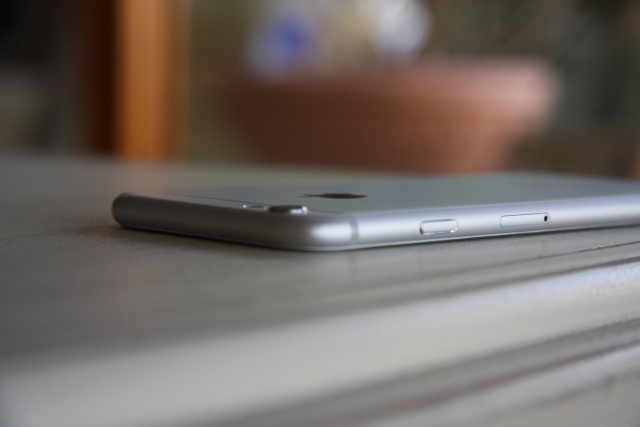 Although we've listed them as extras, the camera and battery life of a flagship are becoming as important, if not more so than the processor, in the eyes of many consumers. When it comes the the camera, and imaging in general, the nod has to go to Huawei for really stepping things up. The P8 might not have the strongest lens around at 13 MP, but its OIS (Optical Image Stabilisation) software means it can shoot quickly and accurately. As such, the iPhone 6's 8 MP iSight camera feels a little underpowered, and it certainly does not shoot as well as you'd like in low light conditions. Huawei’s inclusion of an interesting Light painting mode, that actually shows you how your light painting is progressing on-screen, is quite amazing.

Another important aspect, is battery life, with both devices performing ably in this area. First we begin with the iPhone 6, with houses a non-removable 1810 mAh battery. A bit smaller than that of its rivals, the iPhone 6's battery can give users enough power to last an entire day. It does come with a few caveats, as users will have to place their screen brightness on auto, as well as keep long sessions of game playing to a minimum in order to get the most out of it.

This then, is one area that the Huawei P8 wins big, as its 2680 mAh battery ensures that users can get a full day's use. 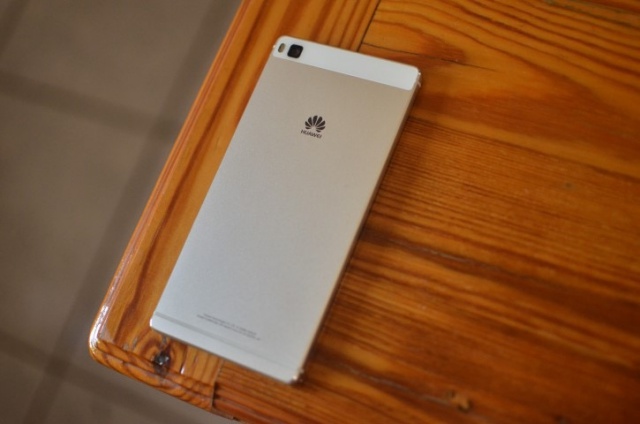 When it comes to buying a smartphone, value for money is a big decider, especially in the local market. It takes a slightly different slant when flagships are involved however, as many users often reside themselves to the fact that R10 000 will most likely be shelled out to get their hands on one. This is why the P8's R8 000 recommended retail price is such an intriguing one, as it offers users all the flagship amenities you'd expect from a R10K smartphone, but for R2K less. 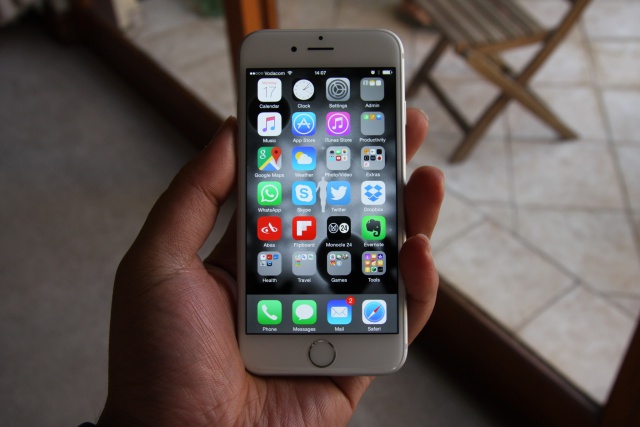 That said, the iPhone 6 is still an enviable device. With a now unmistakable design, the brand's iconic status and easy to navigate UI, all making a strong argument. Furthermore, the app ecosystem, both in the number of apps available, as well as their robustness, means that the iPhone 6 holds a lot of value for users that "live" vicariously through their smartphone. It is however, a bit expensive at R11K (for the 32 GB option), and that factor might dissuade more discerning consumers from buying one.

While both devices work on different OS', it becomes a case of longevity, and how long one's device will remain technologically relevant before needed an upgrade. To that end, we have to hand the victory to the Huawei P8, with its big and beautiful display, heavy emphasis on photography, as well as a strong chipset. 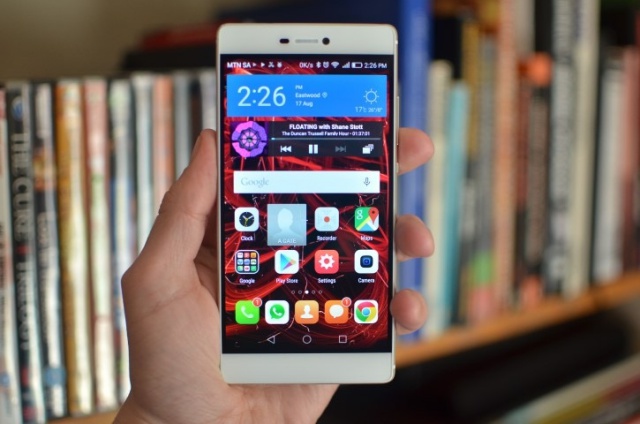