Huawei ups the stakes with local launch of P8 smartphone

With the type of product launch we're used to see coming from Samsung, Huawei launched the P8 smartphone locally, at a huge event held at the Johannesburg Country Club in Woodmead. Announced in April in London, the P8 is the Chinese company's flagship device. While the previous P7 (review) received a large amount of praise in the office, the P8 ups the stakes, providing a 5.2" screen in an aluminium unibody that is set to give the beautiful HTC H9 One (review) a run for its money.

However, the big news of the night belonged to the announcement of the Huawei Select. Much like Samsung's ADH this warranty provides free screen and water damage repair for a 24 month period. This can be used either as one of each, two screen repairs, or two water damage repairs. 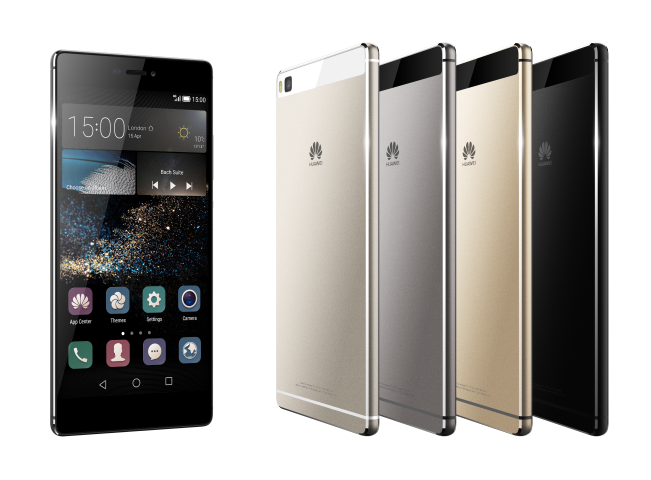 As far as specs are concerned, the P8’s 5.2" IPS-Neo display (1080x1920) registers a 424 ppi pixel density, incorporating a feature called Knuckle Sense that allows you to take screenshots by tapping your knuckle on the screen. Internally, Huawei has utilised an octa-core Kirin 935 chipset, which is split between a quad-core 2GHz cortex-A35 and quad-core 1.5 GHz cortex-A53 CPUs. The company believes it is 100% faster than the P7 in dealing with 3D graphics. It includes a 2680 mAh battery which Huawei says provides 20% higher efficiency if combined with its battery management technology.

While running Android Lollipop 5.0, the P8 comes with Huawei’s Emotion UI 3.0 (EMUI) user interface, which looks sleek but might put those off looking for a clean Android experience.

One aspect of the P8 that seems to be a bit of a highlight, is the 13 MP camera. Image quality looks good, with Huawei noting that it carries the world’s first four-color RGBW sensor that enhances brightness by 32% in high contrast lighting situations, and reduces it by 78% in low light environments. The ‘Light Check and Preview’ mode allows you to make better use of creative light effects, for example painting with a light source, by actually allowing you to see how the photo is progressing in real time. As gimmicky as it sounds we can see ourselves making use of it.

Also onboard is an 8 MP front facing camera, with a ‘Perfect Selfie’ mode that utilises face recognition and pre-set custom enhancement selections to beautify the beast. With 1080p video, the P8 also includes a feature called Director mode which allows one to direct and control up to three other Android phones when shooting a video scene from four angles simultaneously. It also synchronizes video clip editing.

While R8 000 might be about a R1 000 dearer than we were hoping for, the Huawei P8 is still a fair amount cheaper than flagships from its closest competitors. However, it’s the Huawei Select warranty that might just be the real game changer, forcing more potential buyers to look beyond the South Koreans towards the Chinese.