To say we were impressed when Warner Bros hosted its first long preview of Batman: Arkham Knight at rAge would be an understatement. Now, the first of three planned trailers has hit the internet, and if anything it only amps up our enthusiasm for the game, due the middle of next year.

In case you find Gotham, the current TV series exploring Batman’s beginnings, to be a little too restrained for your liking, rest assured, the forthcoming game is anything but. As the below trailer shows, Batman’s infiltration of Ace Chemicals is about as subtle as Michael Bay getting a Transformer’s attention by throwing flaming armoured tanks at its face.In Arkham Knight, expect to seamlessly transition between using the Batmobile as a combat partner and gliding around Gotham  - both look set to be major characteristics of the game.

Sunset Overdrive ramps up the weapons

Another game showing the middle finger to restraint is the Xbox One exclusive Sunset Overdrive. This week though, a DLC pack of yet more weapons was made available by Insomniac Games, because, let’s face it, in games there is no such thing as too many weapons.

The weapons in question though are not what you would find being touted by a current day NRA member, or a even a supersoldier in the future. The first, named the Plague Bomb, shoots bombs that spread a disease that makes Ebola seem tame, causing its unfortunate casualties to puke until they explode. The Rager afflicts enemies with extreme rage, turning your foes against each other. Also introduced in the DLC pack is a multi-rocket launcher, which can target up to eight enemies and hone in on them, and finally, the comparatively much tamer Shield Buddy gun, which generates a protective shield around you while dropping exploding bombs. The DLC is $5 (R50); to see the guns in their gloriously messy action, shoot down to the video below.

Dark Souls II: Scholar of the First Sin coming to next gen

No, Xbox One and PS4 players, you did not escape the sadistic clutches of Dark Souls II unscathed, as it has now been announced that the brutally difficult game is coming to next gen consoles. That lumbering, scraping sound you hear in the distance? That would be Dark Souls II: Scholar of the First Sin, carrying an overly large, rusted axe that will soon taunt you to survive having your virtual head separated from your virtual shoulders. Spoiler: you will fail, at least a few times.

What’s more, the enhanced edition will apparently boast an expanded story, enhanced graphics on the new consoles, and all three of the Dark Souls II DLC released to date. As for how long you have to still enjoy feeling like the boss in your games, that would be a scant four months – Scholar of the First Sin is due at the beginning of April.

Here is a bit of a blast from the past, as a trailer for the newest forthcoming entry in the  Kingdom Under Fire franchise was released. If the name has you scratching your head, then here’s a quick refresher – the last Kingdom Under Fire title, subtitled Circle of Doom, came out seven years ago on the then new Xbox 360.

Kingdom Under Fire 2 is a follow-on and as the trailer below suggest, will likely still be heavy on hack and slash RPG action. The difference appears to be that the forthcoming sequel looks like it will be re-introducing some real-time strategy elements, something missing in the 2007 game.

Nonetheless, seven years makes a big difference, as the game is destined for the PS4. Not yet known though is exactly when the game will arrive. However, head down to the trailer below and see if this piques your interest.

Steam are at it again, having slashed the prices on a number of gaming titles as part of its six day long Exploration Sale that kicked off yesterday, 27 November. Running up until 2 December, gamers can get their hands on old and new titles alike, with Wolfenstein: The New Order (review) and Middle-earth: Shadow of Mordor (review) getting 66% and 33% off respectively. Also added to the list are a couple of fan favourites like Bioshock Infinite at 75% off and Total War: Rome II - Emperor Edition getting a 75% discount as well. We'd advise heading to the Steam news page periodically over the next week if you're looking to add a few new games to your repertoire.

Oddworld Inhabitants recently took to Twitter in order to divulge details of Stranger's Wrath, which has made the port over to iOS. If you're a fan of Oddworld franchise, this mobile version will set you back $6, and is currently listed on Apple's App Store. The game itself has been slightly tweaked from the original 2005 Xbox version, with controls specifically being adapted for use on one's iPhone or iPad. Added to this is built-in iOS gamepad support, with leaderboards, trophies and cloud saving all available.

Oddworld say that an Android version is in the works, with an expected arrival early next year. Should you be touting an iOS device, check out the trailer below and see whether its worth parting with $6 to play.

The glitch heavy escapades of Assassin's Creed Unity have been well documented over the past few weeks. Now developers Ubisoft is hoping that gamers will quickly forget all that with a new free DLC campaign titled "Dead Kings". Furthermore, those who happen to carry an Assassin's Creed Unity Season Pass, will be given their choice of one free game, which includes the recently released Far Cry 4 and Watch Dogs. For those wanting to get their hands on a Season Pass because of this special new offer, you're out of luck, as Ubisoft has also discontinued the sale of Unity-specific passes.

Ubisoft has gone to great lengths in order to improve the numerous glitches for Unity, with a plethora of patches, as well as some new content to keep gamers happy. We still can't shake the feeling that greater effort should have been made in ensuring the game was as error free as possible before release. 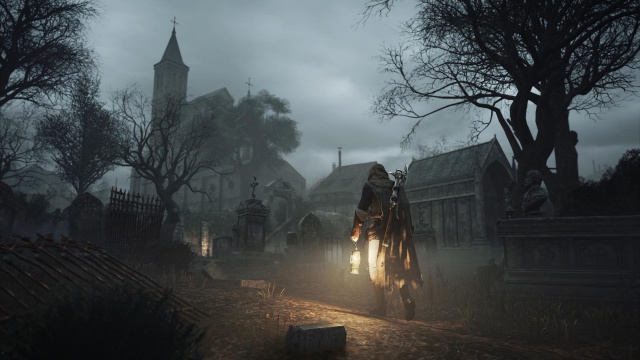 When we first heard news of Sackboy's return in the form of Little Big Planet 3, fond memories of hours spent navigating his wildly imaginative and immersive came to mind. Now developers Sumo Digital have detailed the game's inner workings as it makes its debut on the PlayStation Store this week. Joining Sackboy as he galivants through the cardboard box filled world of Little Big Planet 3 are three new mates, each with their own unique abilities and distinct advantages. As has become the norm for the Little Big Planet franchise, there is plenty of hijinks, and very nice rapport between characters during cut scenes.

The game is available for purchase (region-specific at this stage) or download for both PS3 and PS4 users. The latter does however come with a few added extras, including higher resolution 1080p quality, Dualshock 4 controller touchpad interface and share features to broadcast your exploits to other Little Big Planet gamers.

If you're new to the franchise, or just want to have a laugh, check out the trailer below.