If a superb game based on the Lord of the Rings world has been the object of your singularly focused fixation, nay, obsession, then get ready to call Middle Earth: Shadow of Mordor ‘my preciousss.’

More often than not, games that make the crossover from books, comics or movies fail spectacularly, hitting consoles with a resounding thud. Sometimes though, the result is so good that it leaves one gobsmacked for all the right reasons. Batman: Arkham Asylum was one example, and raising the bar even higher is Middle Earth: Shadow of Mordor (ME: SoM).

The game begins with your end – with Sauron’s foul forces, under the command of the Black Hand, killing your wife and son in front of you before unceremoniously slipping your throat as well. However you, playing one of the rangers of Gondor, Talion, are brought back to life, cursed and bonded with the wraith of a famous Elven smith, and you have Mordor, murder and revenge on your mind. 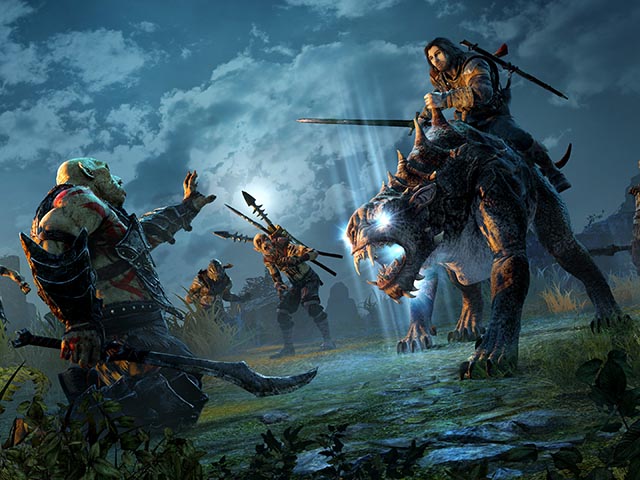 As Kurg the Hideous lay dying moments later, he had just enough time to reflect that demanding the ranger's 'license and registration' to ride that Caragor wasn't quite as funny as it had sounded in his head.

If you come to an Orc in the road, take it

Finding the Black Hand and exacting your vengeance is not a simple matter though. Resurrected as you are, you are certainly not invulnerable, and you don’t just walk into nor stroll around Mordor, especially not when you are surrounded by Orcs and Uruks (who will quickly gang up on you and kill again - and again, and again - if you’re not careful).

Thus sneaking amongst their ranks, darting out for a quick and quiet kill before slipping out of their line of sight is a crucial part of the game. Even better is seeking the high ground where you can, and dropping down on them from above or picking them off with your bow. Either way, playing smartly and patiently is imperative.

Adding another dimension to the game is the much touted Nemesis system, and it here that ME:SoM really shows its brilliance. This entails finding Sauron’s captains and warchiefs, interrogating them using your wraith powers and gleaning essential intel to progress. However, each captain has its own motives, power rating (which determines how difficult they are to best) and their own weaknesses you can use to your advantage once you have unlocked intel about them. 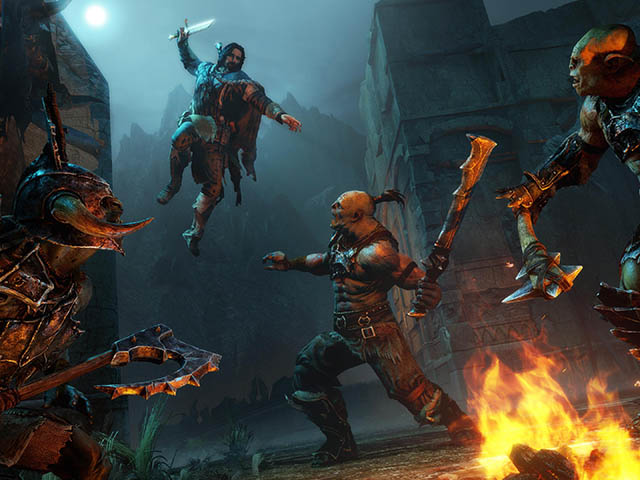 And just like that, the trio's heavy philosphical debate about the value of spatial awareness was resolved.

What’s this? A smart Uruk? Impossible!

If you fall under the blade of a particular chief, they level up and become stronger, and can challenge other rivals to take their place. Additionally, when you next encounter the same chief, they will remember you and gloat over your previous demise.

Even armed with a sword, dagger and elven bow, the Uruks are as resilient and tough as they are brutal and merciless, and we would definitely recommend sneaking up on them and picking them off one by one rather than trying to engage a crowd all at once. To this end, it pays to watch surrounding Uruks’ awareness levels carefully, as green will indicate they are unaware of your presence, and red means that they are already planning on using your fingers as toothpicks. 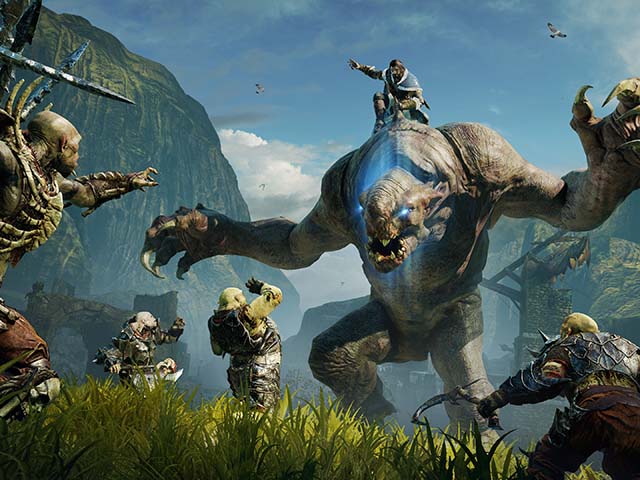 Finally Talion accepted that just because he was in Mordor and had already died, didn't mean he couldn't have  a little fun.

Thankfully though, you have a raft of both ranger (warrior and melee focused) and wraith (magical) upgradeable abilities, which make Talion stronger and more fearsome in his own right, and this too adds to the game’s momentum and allure.

Intricate and accessible game mechanics, a deep and intriguing lore, satisfying combat and a rich engaging world all add up to make ME:SoM is a magnificent title that does J.R.R Tolkien proud. Highly recommended. RRP: R750.

CONS
None worth noting
TAGS:
Middle Earth: Shadow of MordorPS4gamesLord of the Rings
USER COMMENTS