There are couple of milestones that everybody looks forward to, one of them is when you reach legal drinking age. Although Sony's Playstation is not technically a person, we like to think of each console as being part of the family, sharing great gaming moments and consoling us after a bitter boss defeat.

The iconic gaming institution has indeed turned twenty, making it of legal drinking age in its native Japan. Instead of going out and getting inebriated beyond comprehension, Sony has unveiled a new-look limited edition grey PS4 console, paying homage to the original PlayStation. Along with the gray console is a similarly coloured Dualshock 4 controller and a 20th anniversary celebration badge on the console itself. Also included for a good dose of nostalgia is the old-school PlayStation logo, which still brings back memories of hours spent playing Tekken and Gran Turismo till the break of dawn.

For those wanting to get their hands on this limited edition PS4, there's some sad news, with pre-orders only slated for the US at this stage. Should that change, we'll be sure to keep TechSmart readers informed, right after we place our order that is. Check out the video to see this new console in all its glory.

Destiny's The Dark Below expansion detailed in new trailer

Intergalactic space shooter Destiny is set to release its first expansion, The Dark Below on 9 December.  Although it needs no real hyping, Activision has still debuted a trailer for the expansion to our benefit, which gives gamers a first-hand look at Eris Morn, a new central character in the Dark Below. The trailer also provides a glimpse into the new enemies that guardians will be taking on, one of which is a god. There's some added incentive for PlayStation users, who will get access to an exclusive Mars Strike titled The Undying Mind, with some new weaponry thrown into the mix as well.

Set for cross-platform release on 9 December next week, The Dark Below will introduce a handful of system updates and minor tweaks to ensure gamer's Destiny experience remains quick and responsive. Click on the Dark Below trailer to tide you over till next week.

Borderlands is not exactly a franchise that is shy about much of anything really, but what it lacks in shyness, it more than makes up for in generosity. Thus it should comes as little surprise that 2K Games have announced its second piece of downloadable content.

Available mid-December, The Holodome Onslaught will task players with facing off against some of the game’s more memorable foes, as well as a few new lunatics, in an arena. Up for grabs are new weapons, class mods and skins.

As is the custom, the new DLC, destined for the PS3, Xbox 360 and PC versions of the game, is included in the Pre-Sequel’s season pass. Alternatively, it will also be made available for around $10 (R110) on its own.

It may not be a game trailer, but Eidos Montreal has showed off a new screenshot for its Deus Ex Universe world, which will serve as the cornerstone for future Deus Ex titles the developers plan to roll out. What makes this news noteworthy is that it showcases its new Dawn engine, designed to make the most of next-gen consoles and high-end gaming PCs.

This new gaming engine was developed by Eidos Montreal, as the company has cited that existing engines were viewed as somewhat "limiting". The engine itself is based on a heavily modified version of IO Interactive's Glacier 2 engine, and marks the beginning of a "new era according to Eidos. Along with the new screenshot, Eidos Montreal will be releasing Deus Ex Universe related news in coming months. 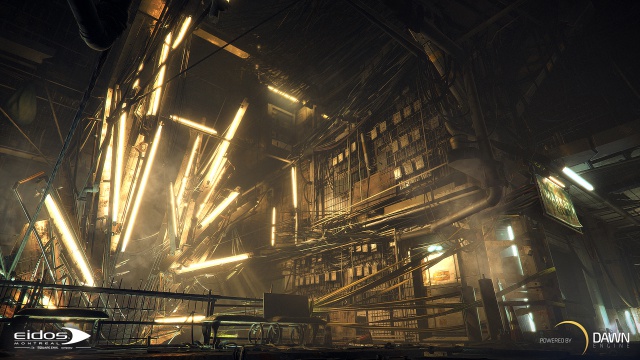 Whether you are a sucker for terror, have fond memories of hiding in lockers or just can’t get enough of the Alien universe, here’s some chillingly good news – Alien: Isolation has brought some new DLC to bear. Titled Trauma, the new content follows chief medical officer Lingard, who tries to ensure that all her research resulting from the ill-fated decision to bring an apex predator onboard a space station is destroyed. Cue the running, hiding and nail-biting (if you still have any nails at all, that is).

Following on from Corporate LockDown, Trauma is not the first nor the last piece of additional content planned for the game. The second of five (aside to Trekkies, now Seven of Nine’s name should make more sense), three more pieces of DLC are due, named Safe Haven, Lost Contact and The Trigger.

In case you thought that The Walking Dead’s mid season break meant you were safe from zombies for a while, we’re happy to pick up a pointed stick and ram it into your bubble. Not only is Dying Light coming at the end of January, the zombie-filled survival horror game will be receiving a season pass, which means, you guessed it, yet more of the shambling dead in the months ahead.

The season pass will cover the inclusion of new missions and weapons, as well as a competitive game mode (in case surviving creatures that consider you a walking steak and kidney pie doesn’t get your adrenalin flowing already). The season pass is apparently available at almost half price if you pick it up before the 2nd of January and prior to the game’s launch at the end of that month. 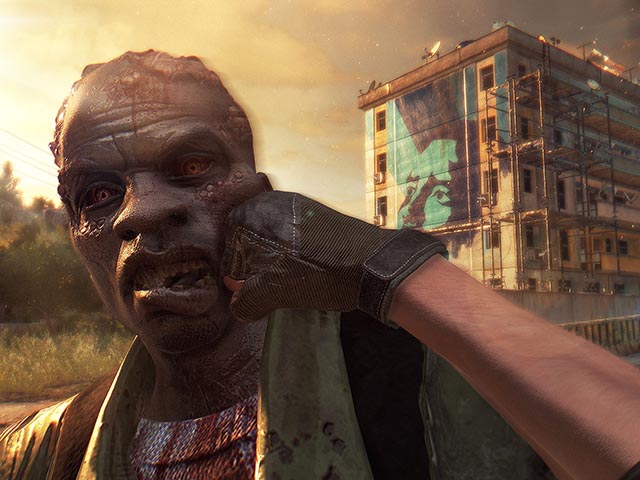 The latest trailer of the episodic Resident Evil Revelations 2 brings a fan favourite to the game, as a playable character, none other than Stars operative Barry Burton. The nifty tie in though is that Barry is Moira’s father – the same Moira who will be accompanying Claire Redfield, also playable, in the first episodic entry. Judging by the trailer below, we have a flutter of hope that Resident Evil may just be on its way to making a grand comeback.