It's safe to say that we've been more than anxiously awaiting the 9 September release of Bungie's new intergalactic shooter, Destiny, ever since we played the impressive Beta (review) a little over a month ago. To whet our collective appetites, Bungie together with Activision have released a new launch trailer showcasing all the strong gameplay elements that gamers can look forward to.

Along with some stunning visuals, clicking on the trailer below will also illustrate some of the weaponry, vehicles and fighting styles for each of the three Guardian classes. Added to this, is a look at the the intimidating lackeys for The Darkness, the perennial antagonist in Destiny. After a strong showing during its beta run, now Destiny has to live up to the hype and perhaps usurp Halo's gaming throne.

Star Wars: Commander is the new RTS game for iOS

The fact that there hasn't been a notable Real-Time Strategy (RTS) title hinging off the success of Star Wars is slightly surprising, especially given the fact that the Star Wars universe seems perfectly suited for such a game. If you've been baying for one, you're in luck as Disney Interactive and Lucasfilm have announced the launch of Star Wars: Commander, an iOS specific RTS game that gives gamers control of either The Empire or the Rebel Alliance.

Prompted to pick sides in the beginning of the game, iOS users will have the chance to a full array of iconic vehicles, weapons and technologies seen specifically within the original Star Wars trilogy. Available for free download now, check out the trailer below for heading to the iStore.

If you're a fan of sports titles, chances are you have an important decision to make in the upcoming weeks. That choice is obviously whether to purchase EA Sports' Fifa 15 or Konami's PES 2015. Die hard fans of either franchise will argue the merits of their chosen game, but Konami has added some extra incentive for gamers who pre-order PES 2015, which drops on 13 November later this year.

According to Konami, pre-ordering will give gamers access to exclusive in-game content, more specifically with the game's new MyClub mode. Built around PES 2015's UEFA team of the year, extras include 10 000 in-game points and 10 recovery items to improve your team's overall fitness. 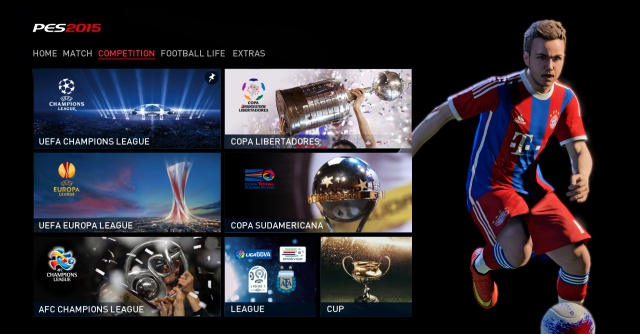 If that was not incentive enough, PES 2015 also bagged top honours at last week's Gamescom 2014, being awarded as the best sports title, which should add even more turmoil to your decision making.

TT Games, who specialise in all the Lego-themed games we've loved over the years, has released a new trailer for its upcoming Lego Batman 3: Beyond Gotham. Here we see the Batman go off the rails and we are given an introduction to the main villain Brainiac.

From a character perspective, this looks to be TT Games' most ambitious project to date, with Superman and the Green Lantern being thrown into the mix as well. Not famed for the more intricate and nuanced gameplay of other Batman gaming franchises, like Arkham, Lego Batman should still prove to be good fun. Added to its easy to pick up gameplay, will be plenty of cut scenes filled with the kind of humour that Lego has become well known for.

Lego Batman 3: Beyond Gotham is only scheduled for release in Q4 2014, but check the trailer below for a taste of what's to come.

Naughty Dog addresses matchmaking issues in The Last of Us

The latest news from Naughty Dog is a direct address of some persistent matchmaking issues that players are still encountering in the multiplayer component of The Last of Us. While the studio has promised on its blog that it is “working hard to alleviate the long waits in Factions matchmaking” as well as reassuring that the issue continues to be its “number one priority.”

Naughty Dog elaborated that the most significant improvements may come from working with other teams at PlayStation to make updates to some of the existing matchmaking libraries. “Since we are working with multiple groups inside and outside of the studio, we don’t yet have an exact date on when these updates will roll out. Our current estimate is on the short side of weeks, rather than months,” it continued. 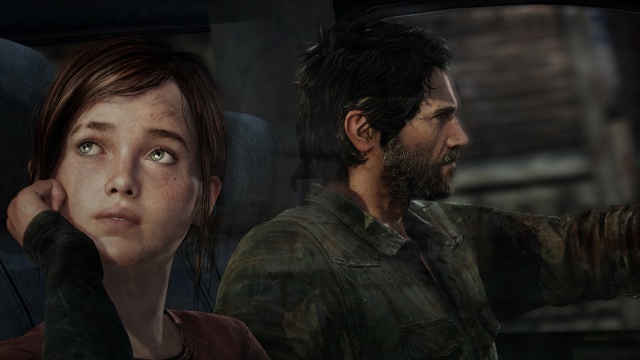 There is no darkness without light though, and on that front, Naughty Dog has announced its mea culpa – two multiplayer maps that were hinted at a month ago will apparently be released for gratis for both the PS3 and the PS4 versions of the game in recompense for players’ troubles. There is no word as yet as to when they will be available.

It may have taken a couple of months, but finally, the Witcher 3 footage which was shown at E3 has charmed its way onto the internet for all (not just those lucky enough to attend the event) to view.

The latest is far more than an attractive teaser trailer - instead it is a solid 35 minutes of slack jawed gameplay footage that really shows what we can expect from the game when it finally arrives in February.

Besides from an expansive, magnificent world that makes us wish we could book a ticket there tomorrow, the game demo below also highlights some of the mature themes – and the weight of choice – that players can look forward to. Our advice: grab a bowl of popcorn, sit back and feast your eyes on the below.