Destiny sequel in the works as 9.5 million users registered for original

To say there was some hype surrounding Destiny would be a massive understatement, especially considering the fact that the game ranks as one of the top ten largest video game launches in history, according to its publisher Activision. As such, it should surprise no one that game developers Bungie has already begun work on a fully fledged sequel.

The news comes courtesy of Polygon, which revealed the planned sequel details following an earnings call with Activision CEO Eric Hirshberg, claiming that the company were very pleased with its launch and continued gamer engagement. At this stage, an estimated 9.5 million users are subscribed to Destiny, with active gamers playing an average of three hours per day. Where do they find the time? If you still need a reason to by Destiny, view the live-action Become Legend trailer below.

GTA V Online gets enhancements for PC and next-gen consoles

As Rockstar Games preps for the release of GTA V (review) on PC, PS4 and Xbox come 27 January 2015, it has debuted some gameplay footage to get tongues wagging. More specifically the online multiplayer mode of the game, unimaginatively named GTA V Online. In the footage, gamers will be treated to some of the enhancements Rockstar has been working on. These include a total revamp of the Online mode's player creation center, offering up a greater deal of complexity while crafting their online persona. 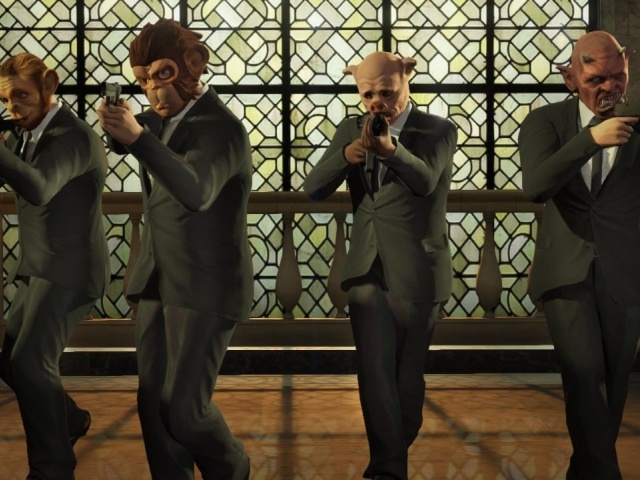 Given the port to next-gen consoles, Rockstar has enhanced the overall visual appeal of the game, aiming to leverage off the higher spec sporting capabilities of the PS4 and Xbox One. Should your PC also tout some top level components, the visual boost can be enjoyed in this new version. One of the other more interesting changes, brings a first person mode, ala Call of Duty style. Click on the trailer below to check out the first person perspective, exclusive to the new PS4, Xbox One and PC versions of the game out early next year.

Although Vostok Games may not be a well known name among the gaming fraternity, its S.T.A.L.K.E.R series undoubtedly is. Now, the Ukrainian developer has unveiled its latest project, Survarium. Still in the early phases of rollout, Survarium is a free-to-play online multiplayer, with plans in the works to introduce cooperative and single player modes in the future. Perhaps lacking the story-telling elements that its popular predecessor did, Survarium is still well worth a try for fans MMO titles.

Although free to play, it is important to mention that Survarium makes use of in-game purchases should gamers wish to quickly upgrade their weapons, armour or gear, but this is a tactic often used by free-to-play tiles. For a better look at Survarium, check out the trailer after the break.

Legend of Zelda fans can cease begging and pleading with Nintendo to revive more of the franchise’s games, as it recently announced that indeed, The Legend of Zelda: Majora’s Mask is being remade for the 3DS. This apparently, will take its cues from the excellent Legend of Zelda: Ocarina of Time, sporting remastered graphics and 3D. The game is slated for release in August next year; considering that The House Mario Built is yet to announce release windows for its newest 3DS consoles, don’t be too surprised if those release dates coincide.

If you think that Legend of Zelda is all sweetness and light, then clearly you haven’t seen the trailer below yet, which is as spooky as trick or treating in a graveyard at midnight.

CD Projekt Red, the developers for the forthcoming Witcher 3: Wild Hunt are known for doing things a little differently, and their treatment of downloadable content (DLC) is no different. Rather than going the traditional route – where players get charged yet more money for DLC after purchasing their title – the developers will instead be making sixteen pieces of DLC available for free after the game ships, sans Season Pass.

The first bundle of DLCs (two of the planned 16) will include the Temerian Armor Set and a beard and hairstyle set for Geralt. Subsequently, further bundles, consisting of two pieces of DLC will be published every week, and will similarly be made available gratis, irrespective of whether they pre-ordered the game or not.

DC fans, take serious note – if the latest LEGO 3 Batman developer diaries are anything to go by, then we are in for a treat. While Batman features naturally, he is certainly not alone, as the developers have crammed more than 150 characters into the game, from the well known (Justice League, Legion of Doom, the Lanterns) to the more obscure (Shazam, Star Sapphire, Polka Dot Man, Condiment King).

As the first trailer below shows, the game apparently draws inspiration and anywhere, including the comic books, films and cartoons. The even better news is that the game is slated for release in just a week’s time, on almost every platform possible, including the Xbox One, Xbox 360, PlayStation 4, PlayStation 3, PS Vita, Wii U, 3DS and PC. Take a look at the duo of trailers below for a good reason to refrain from curbing your enthusiasm.