Nowadays directors, especially those working on big budget movies often take to social media to give fans little tidbits to feast on in anticipation of the film's impending release.

Bryan Singer is certainly one director who falls into that category, given the fact that he's been at the helm of more X-Men films than any other. During the filming of Days of Future Past (still one of the weirdest film titles you'll ever find), he teased fans with pics from the set, as well as those of some of the lead characters. Singer adopted a similar tact for the 2016-slated X-Men: Apocalypse, by taking to Instagram to show off some concept art. The artwork itself features a massive alien spacecraft of some kind, with a "person" standing in front, dressed in black and yellow. The artwork wasn't captioned, which has now thrown the geek world into a frenzy as they try to decipher what the image could mean.

For our money, it’s most probably the vessel used by the titular antagonist Apocalypse. The person on the outside is likely a mutant, with indications pointing towards one of the X-Men. Which one exactly is certainly up for debate, we just hope Singer keeps the hints and glimpses coming as we anxiously wait for the release. 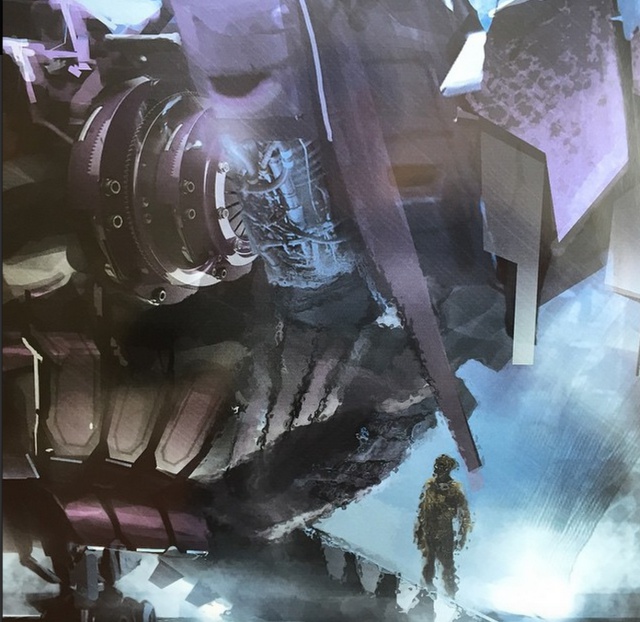 When Hollywood decides to adapt a game into a film, fans from both worlds often sigh, as the movies themselves are often hit and miss (think Doom or worse, Super Mario Bros). Whether or not the film adaptation for Assassin's Creed will suffer the same fate remains to be seen, but based on the early casting decisions, it's shaping up quite nicely. To date Michael Fassbender (Shame, 12 Years a Slave) is on board, with many believing he will play the role of Desmond Miles from the original game. 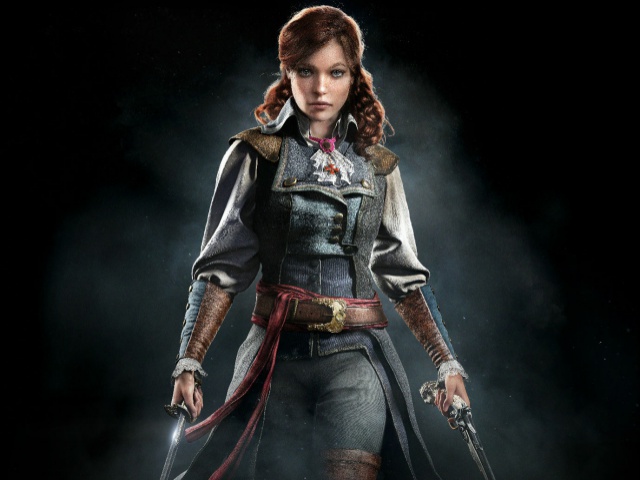 Joining Fassbender is the beautiful and talented French actress Marion Cotillard (Inception, A Good Year). Her move to come onboard is not all that shocking, as Fassbender and Cotillard have recently worked together on a Macbeth adaptation set for release later this year. As far as her role in Assassin's Creed goes, little is known at this stage, but with her acting chops aboard this flick, we're sure it will do the game justice when it debuts in late 2016.

If space is the place, then NASA is using sound to take you there. The space agency has released sounds from previous space missions on their site, both in MP3 and M4R file format. While we will be using the classic countdown to lift-off as ringtone, we’re sure that there are more than a few DJs out there which can happily make use of NASA’s recent little gift. Let us know if you’re using these samples in your tunes, we’re happy to provide an avenue for your beats. 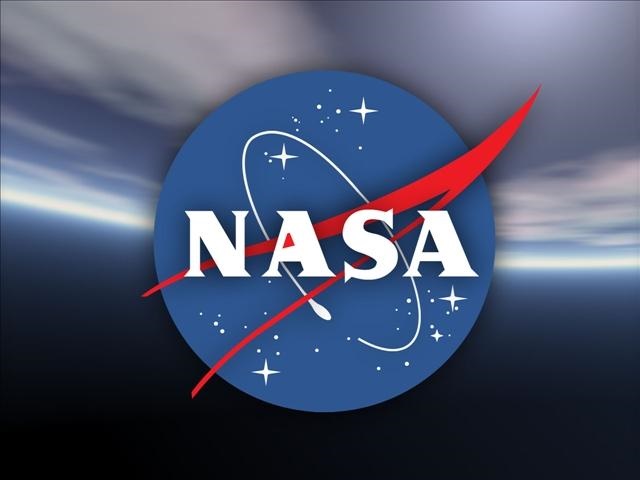 It has been said often that the two certainties in life are death and taxes. In Game of Thrones, the former is most particularly true, and certainly, author George R.R. Martin has not exactly been shy about wielding his pen exactly as if it were a sword, slaying main characters when one least expects it.

Ahead of the return of season five in a few months’ time, the author has warned that bets are off for who will live and who will die in the TV series, telling Showbix411.com that people are going to die who didn’t do so in the books, which means that even those who have read the series so far need to be on their toes. According to Martin, the co-creators of the TV show, David Benioff and D.B. Weiss are even bloodier than he is, which means absolutely no-one is safe. 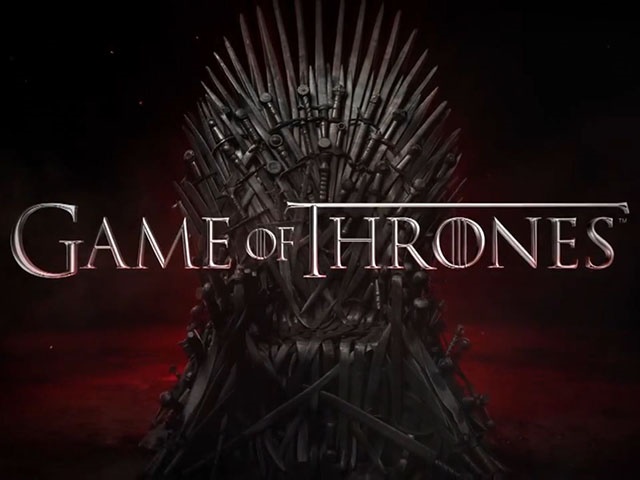 For our money, we suspect that if viewers thought the Red Wedding was a shocker, we would not be at all surprised to see the Game of Thrones equivalent of a Red Divorce.

Who needs to wait till 11 June to check out the dinosaurs from Jurassic World when the good people at Lego have already rendered 1:1000 scale model versions for us already? The Jurassic World themed Lego sets made their debut at the annual World Toy Fair, taking place in New York City.

On display were the orb-like tourist carrier, along with Chris Pratt's Velociraptor training, dinosaur whispering character (Owen). We were more interested in seeing Indominus Rex, the genetically enhanced terrible lizard (think of an albino T-Rex with longer arms and a ridge atop its head). If the Lego set is anything to go by, Indominus Rex is going to be the show stopper for Jurassic World when it debuts in June this year.

A blast from the past gets a modern day restyling, as Google has teamed with Mattel to design a new look View Master, the iconic toy from the 80s. This new reimagining of a childhood favourite takes the original silhouette of the earlier View Master, and merges it with some of the virtual reality tech that Google has been playing around with. 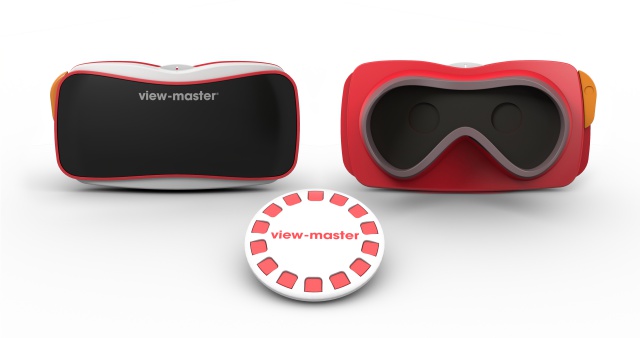 The tech behind the new View Master hinges off of Google's Cardboard virtual reality headset. View Master owners will be able to slip their own Android smartphone into the same slot that the old plastic viewing reels on the old View Master use to go into. Added to this, Google also showcased some modern day View Master reels, but instead of inserting them into the View Master itself, users will scan the content on them to uncover 3D images.

Currently on sale for $30 in the US for the View Master, and $15 for additional reels, we truly hope that Google and Mattel bring it to other regions across the globe.

Be Daft Punk via keyboard

We wrote a few weeks ago about Eden, a new movie bringing to live the backstory behind Daft Punk. So how about working on your Daft Punk sampling skills before the release, courtesy of daftpunkonsole.com? For now you have their 2001 hit Harder, Better, Faster, Stronger available to work with, although if you head over to iDaft you can also find Technologic.

For your listening pleasure we have included the anime-based video below, which later appeared as part of the movie Interstella 5555: The 5tory of the 5ecret 5tar 5ystem.

Kingsman: The Secret Service (review) was a very pleasant and welcome surprise, offering a breath of fresh air into the spy genre of movies. We suspect we weren’t the only ones who walked out of the preview hoping for a sequel. Recently, director Matthew Vaughn hinted that he is even considering how to bring Colin Firth back for the sequel.

Without letting loose any spoilers, Vaughn recently explained that Kingsman was really about Eggsy, joking that Kingsman: The Secret Service was “a prequel to the Eggsy movie.”

However, judging by how masterfully Firth did in his role as Galahad, it would certainly be very good news to see him make a return as well.