The gaming market is fill to the brim with options when it comes to hardware, and the latest company to showcase their wares for 2017 is HP and its OMEN range. The lineup for the rest of the calendar year sees a new desktop PC arriving, with a pair of notebooks in tow too.

HP showcased the additions earlier this week, but perhaps the most interesting piece of tech came in the form of the OMEN X Compact Desktop.

It's essentially a desktop PC crammed into the shape of a backpack, and it also supports VR gameplay. The offering was first showcased as a concept last year, but this fully fledged model is designed to allow users to take their VR experience on the go. We don't expect people to leave the confines of their home with the OMEN X Compact Desktop, but it could be an interesting option for gamers that don't wish to be tethered when moving about their living room while playing a VR title.

The precise launch window for this weird desktop PC has not been dated, but it is expected to land Stateside in July, carrying a $2 500 price tag, for the backpack portion alone, and $600 for accessories. 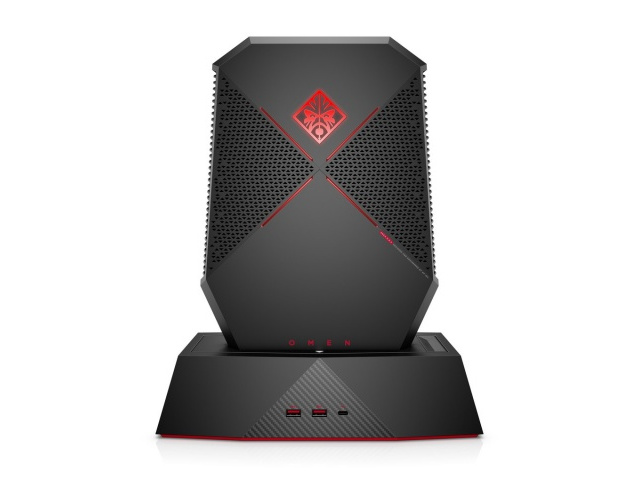 Moving onto the more conventional offerings from HP, it's business as usual. On the notebook side of things, there are refreshed 15" and 17" models on the way. Apart from display sizes, both OMEN  by HP notebooks are touting very similar features.

The screens for example can deliver 4K image quality, along with up to 120 Hz refresh rates. They also come fitted with Bang & Olufsen speakers and a single panel access for HDD, SSD and RAM. On the configuration side, a choice of either Nvidia GeForce GTX 1070 or AMD Radeon RX 580 graphics cards are available. No local launch date is known for now, but pricing in the States starts at $999.

The last piece of the new lineup is the OMEN Desktop. The company has billed it as a rig designed for AAA gaming titles, and set it up for in-depth scaling. To that end, the base model will cost an estimated $899 in the US, which serves up an Nvidia GeForce GTX 1050 GPU, and choice of Intel Core i7 (7th gen) or AMD Ruzen 7 processors.

Things can ramp up significantly from there if you've got cash to splash with the top specced version of the OMEN desktop costing roughly $3 000. Like the notebooks and backpack, no South African release date has been confirmed yet, but the OMEN Desktop is currently available in the States.