HP has an ambitious virtual reality project in the works, partnering with Nvidia, Autodesk, Fusion, Launch Forth, Technicolor, Unreal Engine and Vive to create an experience designed to imagine what life on Mars is like. We're not talking about The Martian either, where Matt Damon is stranded on the red planet. Instead, the Mars Home Planet project aims to virtually recreate what life on Mars would be like if it had a population of one million.

Hinging off the work done for a similar project by Fusion and NASA called Mars 2030, the Mars Home Planet experience aims to take things a step further, and use co-creation in order to make the vehicles, farms and clothing that a one million person strong colony would need. 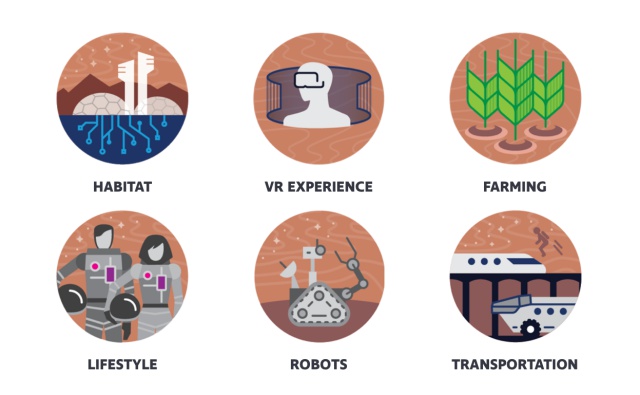 The first part of this multi-phase, year-long project is the Urbanisation Challenge, in which people can sign up to design 3D models of Martian buildings, transportation and the infrastructure that will power the colony, using Autodesk's software to do so. From there, the use of Technicolor and Unreal Engine technology will assist creators in bringing their 3D models to life as it were, and make virtual reality simulations.

As part of HP's recently announced initiative to help companies create more virtual reality experiences, it should prove intriguing to see how this ambitious project progresses over the next year.