With CES 2015 done and dusted, the tech industry's focus shifts firmly to Barcelona and its annual Mobile World Congress, as the major players aim for the biggest share of the spotlight by releasing their latest flagships and innovations. Hoping to do exactly that is Taiwanese manufacturer HTC, who impressed early in last year with the One (M8) (review).

Close to twelve months on, HTC has teased its fans with a event announcement that reads "utopia in progress". This has lead many, including those over at Bloomberg to believe a new flagship is on the way, tentatively dubbed the M9. The reported news makes logical sense, as HTC has maintained a 12 month refresh cycle as far as its new flagship unveilings go. Along with the rumours, Bloomberg has also been able to secure some insider knowledge, with the proposed specs for this new flagship being leaked. 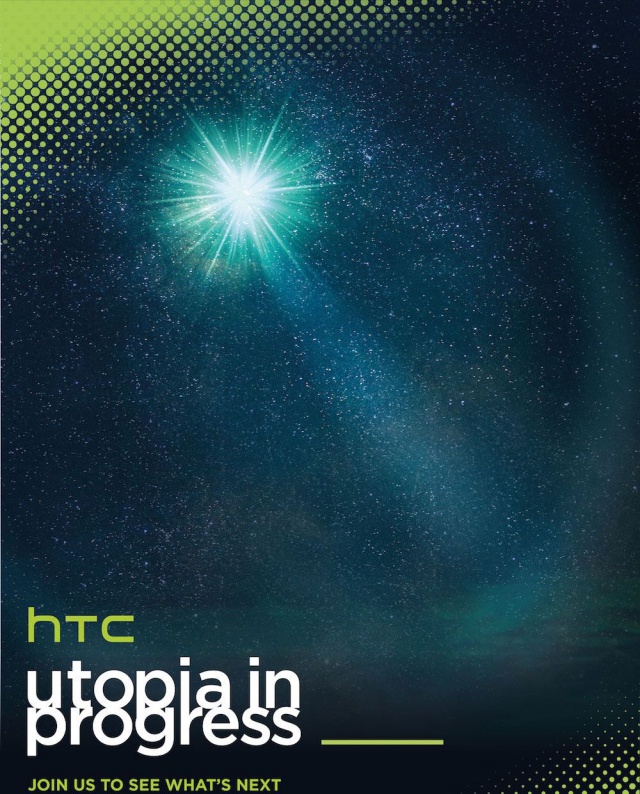 According to Bloomberg's sources, it is said to pack an eight-core Qualcomm Snapdragon 810 processor, a move probably prompted by the Chinese markets intense passion for eight-core touting smartphones. Also rumoured is a new 20 MP rear camera, utilising the same ultra pixel technology as in previous iterations, as the company aims to improve the camera's quality in low light conditions. Along with the processor and camera enhancements, the M9 is said to run HTC Sense 7 as its go to UI, and Android Lollipop in the background.

As interesting as a new flagship is, we are rather more concerned with the rumours that HTC will take its first crack at smartwatches, joining just about every tech company in this mammoth trend. The rumours are fueled by the recent partnership HTC announced with Under Armour, who debuted a range of fitness-focused software and applications at CES 2015. Should there be any more definitive details on an HTC wearable, we'll be sure to keep TechSmart readers informed.

With HTC's event set for 1 March in a few weeks time, we'll see if Bloomberg's insider knowledge comes to fruition.