We saw Tom Hardy getting ready for Oscar glory a few weeks back when the first trailer emerged for Legend. This biopic about 60s London gangsters, the Kray twins, is set alight by Hardy doing a double by playing both Reggie and Ronnie. Question? Do they pay him twice as much as usual? They should, since he’s doing a hell of a job. 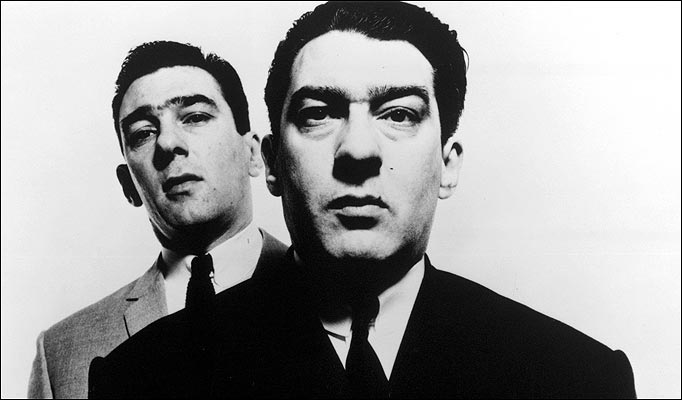 The original Krays as captured by David Bailey

The second trailer is much more engrossing, expanding on Ronnie’s off-the-rocker behaviour and the subsequent pressure on Reggie to keep him in check. Emily Browning (Sucker Punch) also stars, while the movie is helmed by Brian Helgeland, who wrote L.A. Confidential and Mystic River, and directed A Knight’s Tale.

Best bit: Ronnie eloquently detailing what exactly a shoot-out is at 2:00.