Pulling an Apple, Chinese manufacturers Huawei did not reveal a new flagship smartphone at MWC 16 last week. In recent years, the company has held standalone events to make the announcement of a new P series device. This year looks to be no different, as many expect the P9 to make its appearance later this month. Unfortunately Huawei may have been beaten to the punch, as newly leaked images from Venturebeat's Evan Blass showcase the supposed P9 in all its glory.

While it certainly does not look too far a change from the P8 (review), this model does bear a few noticeable differences. Most significant of which are found on the rear, with a dual camera (both 12 MP) setup pulling duty on the top portion of the P9. A similar orientation was recently seen on the LG G5, which uses its dual camera for enhanced wide shots. Whether Huawei's will do the same is unclear. Blass believes the dual camera will use Leica lenses, which seems pretty logical given the pair's recent partnership. 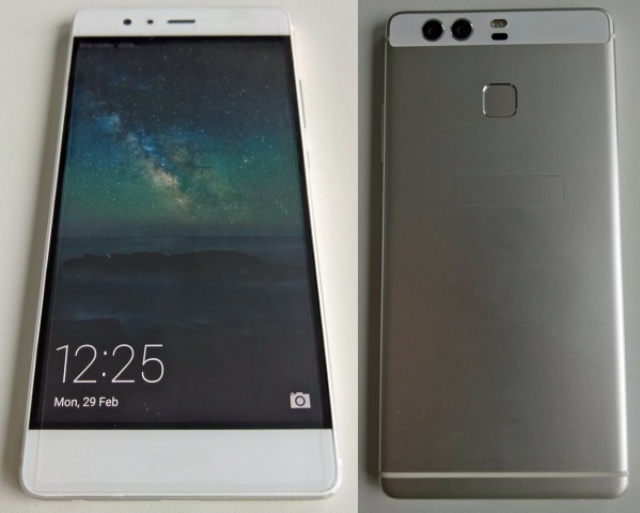 The other intriguing part of this leak is a supposed fingerprint sensor on the rear. The ultimate use for this portion of the device, apart from unlocking and accessing restricted parts of the OS are not known, but then again there aren't many more uses for fingerprint sensors besides those.

While Venturebeat has only these images to go on, it has not stopped them from guessing the internal components it will sport. With a 5.2" display on top, a HiSilicon Kirin 950 chipset, 3 GB of RAM and 3900 mAh battery are rumoured to be underneath.

The precise launch date and pricing for the P9 are unknown, but reports suggest a debut could come late March/early April.