LG Mobile kicked off the second day of IFA 2017 press conferences yesterday morning in Berlin, where the new LG V30 was finally revealed. More than just an update over last year's impressive V20, the latest iteration is packing some noteworthy technology, enough to make it easily LG's true flagship in our opinion. As such, here's 10 talking points about the South Korean manufacturer's latest offering.

While we're yet to get hands-on with the V30, it certainly looks like a beautiful flagship. It's a slight departure from last year's V20, and in our eyes has a Galaxy S6 aire to it, especially the metal frame. There are also elements of the G6 present, particularly with the rear camera and fingerprint sensor.

One design element we not keen on is the Bang & Olufsen logo on the back, which seems to have greater prominence than the LG one near the bottom. Other than that, it's hard to find a visual flaw in this new 6" flagship.

As far as features go, one of the most significant is the introduction of a FullVision display to the V series. LG first unveiled the longer screen with the G6, touting a 18:9 aspect ration that allowed more content to appear on screen, as well as improving the video and movie watching experience.

The V30 version is slightly different, however, in that it's made from LG's own OLED (Organic Light Emitting Diode) technology. It makes it one of the first phones to do so, and could be the way forward for the manufacturer. The FullVision display also supports a wider colour gamut, QHD+ visuals (2880x1440) and HDR10 functionality.

The other big introduction for the V30 is the 16 MP primary camera, which is paired with a 13 MP wide angle one, with the former featuring an all-new f/1.6 lens aperture. It's the first of its kind for a smartphone, according to LG, and allows for more light.

The result should be brighter and more dynamic shots. If true, it would definitely help the V30 when weighed up against the newly released Galaxy Note 8 from Samsung, which features the same impressive dual lens setup as the Galaxy S8. 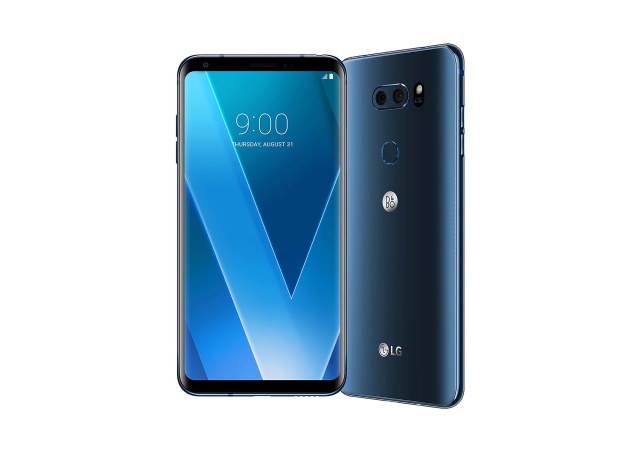 Along with a new lens aperture, the V30 is touting a mode called Cinema Videography, which features two new tools. The first is called Cine Effect, which contains a number of custom colour palettes for users to apply while filming, with Point Zoom, adding the ability to focus and zoom into any portion of the screen, not just the centre.

With these new tools, it's clear that LG wants the V30 to be the new video recording smartphone of choice among consumers. With the Sony Xperia XZ Premium touting intriguing camera tech too, it should be interesting to see which one fares better.

When LG unveiled the G6, it was powered by a Qualcomm Snapdragon 821 chipset, which seemed a curious choice at the time as it was not the top CPU choice around. Now the V30 includes one of the best, if not the best, processor on the mobile market with the octa-core Snapdragon 835.

Having seen how speedy it made the Sony Xperia XZ Premium, as well as its Gigabit LTE functionality, the V30 won't be playing the supporting role when it comes to benchmarking.

LG has not done it all itself on the V30. Taking care of the AI side of things is Google Assistant, which should help improve the device's overall experience. With only a small handful touting Google Assistant locally, it should add to the appeal of the V30.

While glass and metal is found throughout the V30's design, LG has assured that it is fairly hardwearing. Internally it takes inspiration from architecture, utilising an H-beam structure to the frame to increase strength. Added to this is an IP68-rated waterproofness and dust-resistance, as well as a military grade MIL-STD-810G level of design, and Gorilla Glass 5 for the 6" OLED screen. 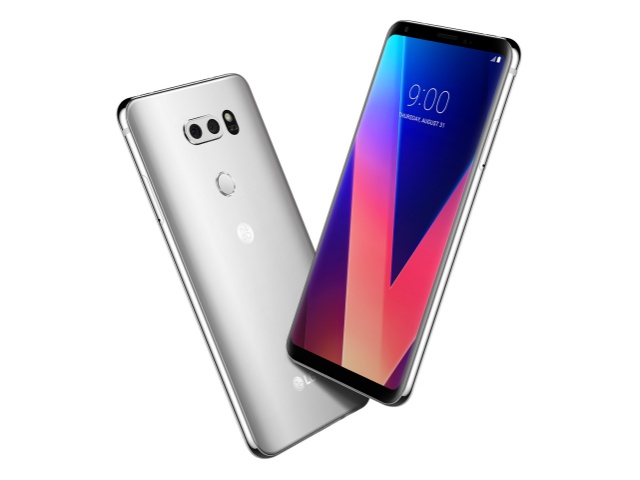 On the user interface, LG has evolved the handy always-on screen for the V30 to cater to more options and features, all of which can be toggled off should users not want it. Also on offer is a new floating bar, which bring up subtle notifications for most-used functions on the phone while you're in-app.

The V30 is not the only device that LG has revealed at IFA 2017, with a V30+ also added to the mix. The device features all the same specifications as the normal V30, with the only exception being a larger 256 GB of onboard storage compared to the V30's 64 GB. There's also a microSD slot available on both, which will cater to up to 2 TB extra storage if needed.

At this stage, LG Mobile South Africa is yet to officially comment on the V30 and V30+'s local launch. Last year's edition made a subdued release, but given how well the V20 was received, we're expecting a more high profile launch for the V30.

As for when it will come to SA, little is known, with it arriving in South Korea on 21 September, making its way to other regions like the States, Europe and Africa thereafter.