It's very seldom that we see a smartphone's accessories debut before the device itself, but that's what happened for LG's upcoming G5 flagship. Yesterday, invites went out from the South Korean manufacturer about their 21 February slated Mobile World Congress event. Now, LG has detailed one of the device's key accessories - the Quick Cover case.

At a simple glance, it looks like any other smartphone case out there. But take a closer look and you'll notice a mesh-like material. The purpose of this makes the Quick Cover case semi-transparent. To that end, users can answer calls for example, without having to unlock the device or indeed flip open the cover. 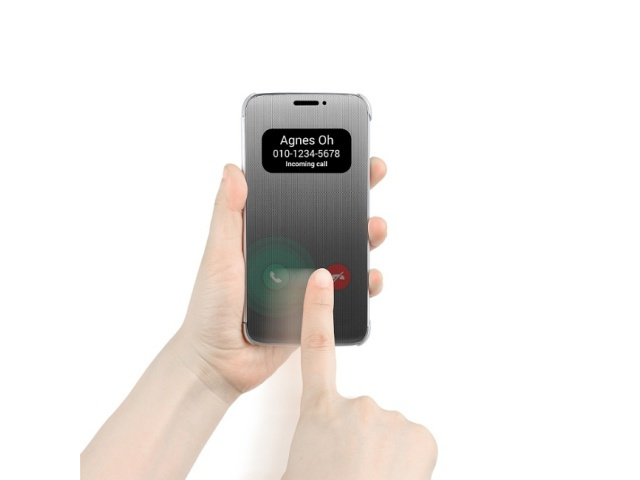 The technology is not revolutionary, as HTC's Dot View Case has a similar function. Whether or not the Quick Cover case will also facilitate other features, like HTC's one does, still remains to be seen.

One point of interest, however, is that the glossy metal-like finish of the Quick Cover case, is said to mirror that of the LG G5. If true, we could very well see a new LG flagship that uses actual aluminium, rather than a faux-plastic lookalike.