We always knew that LG was not going to unveil a new flagship device at Mobile World Congress in Barcelona. Instead, the South Korean manufacturer appears to have one in the works in June. That said, LG did debut a new offering at MWC 2018, with the V30S seeing the light of day.

As the name suggests, this model is an updated version of the V30 that LG unveiled at IFA in September last year. Consequently, it looks a lot like its forebearer, with the only notable exception being a slightly wider range of colour options. Added to this is a bit more with 6 GB available on the V30S and V30S+, with the latter only having a larger onboard storage option of 128 GB compared to the former's 64 GB. 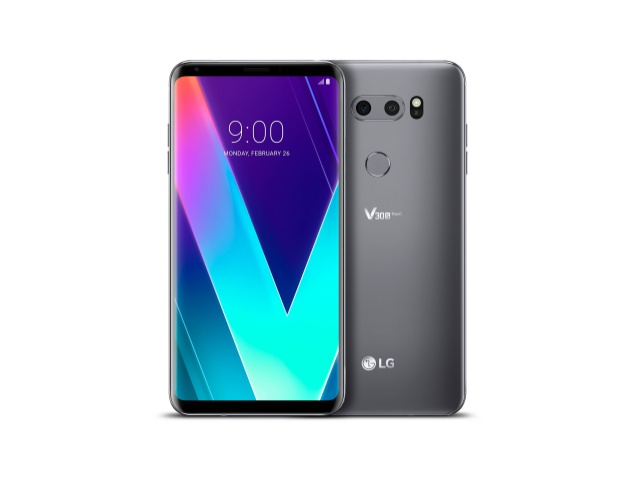 The other notable aspect of the device is the fact that the V30S forms part of LG's ThinkQ AI platform, which the company detailed at CES earlier in the year. In terms of the AI capabilities, the camera and voice commands have benefitted from the introduction.

To that end, the camera has three new modes in AI CAM, QLens and Bright. AI CAM is LG's version of object detection, which is then used to suggest the best shooting modes for taking pictures. QLens is designed for scanning QR codes, as well as scanning specific objects and finding similar images online. Lastly, Bright Mode measures the ambient light and adjusts a few of the camera settings for better shooting in low light.

The voice commands are facilitated via Google Assistant, and allows users to navigate a bit easier through menus and other aspects of LG's custom UI on the V30S. That's about it though, with Google's offering taking care of the deeper tasks.

When it comes to other specifications, the S variant is the same as the V30, with a Qualcomm Snapdragon 835 chipset, 6" OLED display (2880x1440), dual lens rear cameras and 3300 mAh battery fitted on the new device.

No word of local availability or pricing just yet.