Canon is tempting smartphone photographers to take the step up to a DSLR offering with its latest entry-level model, the EOS 200D. It replaces the EOS 100D, a camera that we liked quite a bit.

This 24.2 MP camera is the lightest DSLR with a vari-angle screen, according to Canon, tilting the scales at a mere 453 g. The company claims it features the world’s fastest Dual Pixel CMOS AF, good for shooting in Live View, coming also with its newest APS-C sensor and Digic 7 processor, as found on the M5 mirrorless. 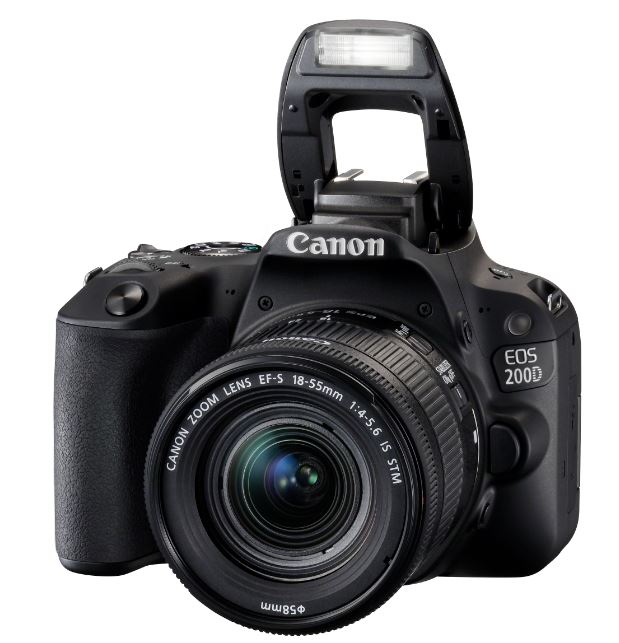 As is expected these days, you have Wi-Fi and Bluetooth (plus NFC) on board to connect to your smartphone and get your images liked as soon as possible. For many beginner photographers, its 5 fps continuous shooting ability, nine point AF viewfinder and ISO of 25 600 (expandable to 51 200) should be more than enough.

But we think the 200D has strong appeal for blooming videographers/vloggers as well, since the camera records Full HD movies at 60 fps, with the touch-enabled 3” vari-angle screen (1040k sRGB dots) coming in especially handy for this. It also includes a 3.5mm headphone jack for an external mic.

The camera should be available in black, silver and white, with price and availability of the 200D in South Africa not yet confirmed.

Check the camera in action in the video below, or hear what Gordon Laing (Camera Labs) has to say about it at the bottom.