When a British sportscar manufacturer unveils its latest offering at the Geneva Motor Show, and then tells attendees and media that it will only be producing 500 models at $400 000 a pop, it's bound to get some attention. That's exactly what happened when McLaren debuted the 675LT, which it teased only a few short months ago. Here's a cinematic-style unveiling video that accompanied the 676LT's launch.

Along with the racetrack-ready P1 GTR, the 675LT harks back to McLaren's heritage of producing longtail sporting racers. It also carries the unique distinction of being the lightest, fastest and most powerful vehicle in McLaren's Super Series lineup. Like the rest of the sportscars in that series, the 675LT features an all carbon-fibre body at its core. The distinguishing feature of the vehicle is a more bespoke drivetrain and chassis setup, with close to two thirds of its overall components being modified.

All those weight saving measures means the 675LT tips the scales at 1230 kg, 100 kg less than any other sportscar in the Super Series lineup. McLaren has also aimed to improve the overall handling and grip, with the 675LT said to generate 40% more downforce than other McLaren Super Series models. The hybrid-engined P1 too serves as inspiration for the 675LT, and features a similar wishbone and suspension system.

Check out the video below, featuring McLaren's Chris Goodwin, speaking on the inspiration behind the 675LT's design, and some of the company's racing heritage.

Now for the good stuff, the engine of course. The 675LT is packing a 3.8 litre twin-turbocharged V8 powerplant under the hood, which produces an impressive 496 kW of power. As expected, the 675LT is immensely quick off the mark, reaching 100 km/h from a standstill in only 2.9 seconds. With its top speed believed to be around the 320 km/h mark, the 675LT is sure to be one of McLaren's most coveted cars to date. 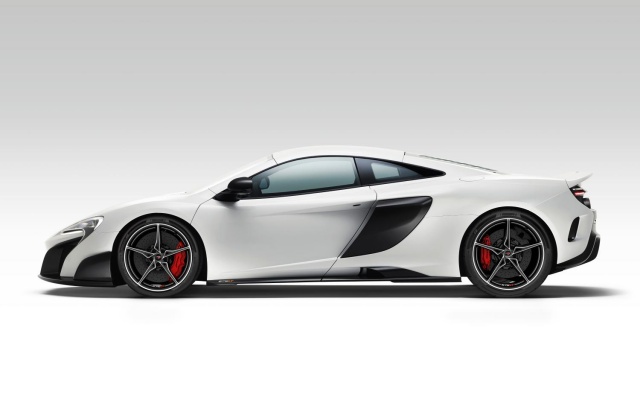 Click on the video after the break to see the highlights from McLaren's Geneva Motor Show conference.