Love it or hate it, Microsoft's infamous and somewhat iconic Internet Explorer browser will be coming to an end with the launch of Windows 10 later this year (exact launch date still unknown). Since its Windows 10 showcase a few months ago, the successor to Internet Explorer has never been fully revealed, with many catching glimpses of it in the guise of Project Spartan.

Now it’s been revealed that Windows 10's native browser will be called Microsoft Edge. Along with a new UI to match that of Windows 10, its new logo draws inspiration from its predecessor, reimagining the "e" browser symbol we've come to know over the years. 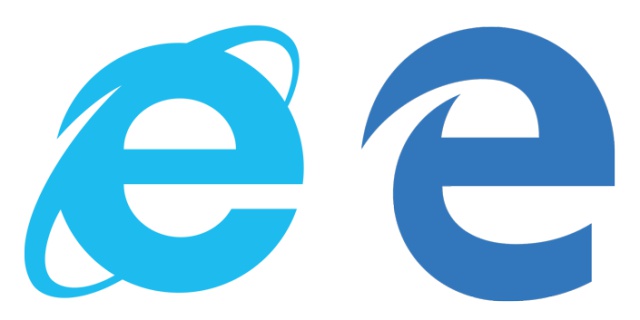 Now that we've mourned the soon-to-be passing of Internet Explorer, what will Microsoft Edge bring to the fore? According to the Windows official blog, the look is designed to be far more minimalist than that of Internet Explorer, and should not differ too much from that of Project Spartan. As far as features go, Microsoft Edge will integrate digital assistant Cortana, which means that voice-activated interface could be a real trump card for the browser platform. Added too is digital ink annotation, allowing users to jot down notes on the fly and share with contacts.

Other features being brought to Microsoft Edge include a Reading List and Reading View function, as seen in Windows 8.1 for Internet Explorer, but this time round it will be a fully integrated desktop version, giving users a stripped down interface for viewing online content. One final area of interest, although not fully shown at Microsoft Build, was extention utilisation, with The Verge reporting on Edge supporting browser extensions from both Chrome and Firefox.

From now, developers in attendance at Microsoft Build will come into play, as the company aims to make Microsoft Edge not just a native app in Windows 10, but also the go-to browser on other form factors.