TechSmart’s Underground Tour through Microsoft Headquarters in Seattle, Washington continued, as we next began to see the variety of projects in which the company is invested. Ryan Noik explores.

With the foundations laid, and its renewed culture explained, Microsoft’s attention on our tour then turned to its research department. Here is where we began to see Microsoft’s promise that it had become more innovative take more tangible shape.

The next stop, Building 99, immediately evoked curiosity. We were ushered into a large space, reminiscent of an assembly hall, with a variety of stations and large screens surrounding us. What exactly these were for, would come later. Here we were also shown a very different side of Microsof:, the domains of its researchers.

Planning for the future

Jim Pinkelman, senior director at Microsoft Research, began by explaining that from its inception, the company recognised that computing would advance and that these advances would be unpredictable. To that end, a good amount of focus was placed on planning for the future of computer science and its related disciplines. However, this ‘future-think’ was never intended to be tied to developing particular products. Pinkelman elaborated that while product groups are great at focusing on how current and next products might be relevant or useful, they wouldn't necessarily think about advances in technology that weren't related to a particular product line.

Additionally, the first leader of Microsoft Research, and many of the department’s researchers, came from academic backgrounds. This has led Microsoft to maintain close ties to university research. “We keep close connections, our researchers interact with institutions, faculty, and graduate students regularly; we do lab grants, research grants, fellowships, and have 100s of interns and visitors,” explained Pinkelman. 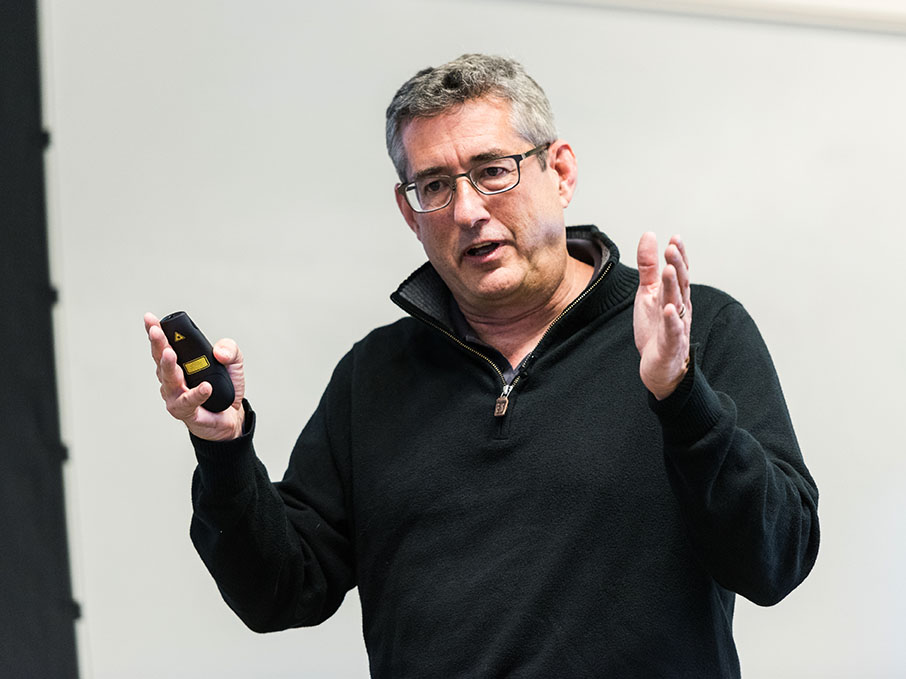 This had fostered an open research environment, with the developments coming out of the department being subjected to scrutiny by industry leaders.

“We are not just operating behind closed doors and unleashing what we have, we are subject to aggressive peer reviews, visitors, and technical seminars,” he continued. Pinkelman explained that the reasoning behind this approach to research is that the company believes it could advance more quickly by interacting with external researchers.

It is not just speed that is important though, so too is the breadth of the categories in which Microsoft Research is engaged.

These range from mission focused (research conducted for a particular purpose), sustaining (research into maintaining existing products), disruptive and finally, what Pinkelman called “blue sky” research. The latter harkened back to general manager of global communications,Tim O’Brien’s, previous allusions to how Microsoft has become more collaborative, and has researchers join forces with engineers to apply science in a particular scenario, ultimately using technology to create a competitive device.

One of the most recognisable results of this was the Kinect peripheral, which was born out of research into how body motion could be recognised and tracked on screen. 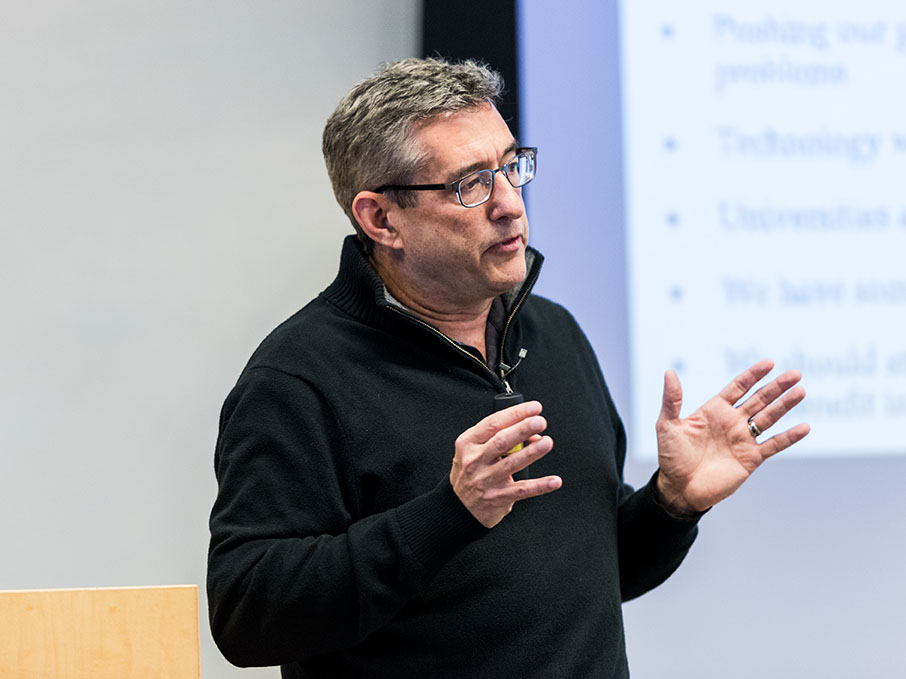 Additionally, research conducted ranged from short term, which would typically concentrate on improving the next iteration of a particular product, to long term, with the example given being that of quantum computing. While the economic benefits of the latter is not expected to be fully realised right away, Pinkelman explained that research into long term projects was conducted because the subject was expected to have merit a few years down the line.

He elaborated that there is no set ratio between short term and long term research, but rather, the thousands of researchers across the company approach research from a more holistic perspective. However, Pinkelman also noted that if research leaders believe that blue sky research isn’t being fully exploited, then it may increase the concentration on that arena.

With all that said, it was finally time to get a first hand look at those mysterious stations, and the fruits of Microsoft Research’s labour.