This past week rumours surfaced of a new Xbox controller being in the works. It was said to be unlike any other controller that Microsoft had made in the past, and now the company has officially unveiled its Xbox Adaptive Controller. According to Microsoft, it's designed for gamers that are physically disabled, and who have had a difficult time operating the more conventional controllers that they've made in the past.

The controller features a number of different components, with a central hub forming the core of the experience. This hub features some directional buttons, along with a pair of touch sensitive pads which take the place of the analog sticks that gamers may be familiar with. As for the action buttons, instead of being placed on the central hub, gamers can connect coloured pads to the central hub that work in place of the A, B, X and Y buttons. 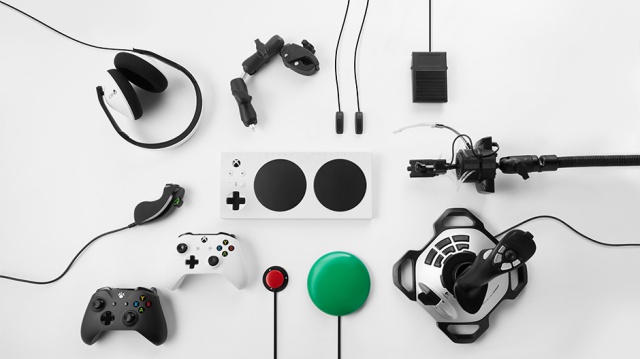 Other features include different mounts for the central hub of the Adaptive Controller, should a gamer wish to fix it to their desk or chair. There are also added peripherals such as headphones, as well as a standalone analog stick controller and special styluses that can be strapped to one's hand.

The base model Adaptive Controller is set to go on sale for $99.99 on the US Microsoft Store, but there is no word yet on whether it will be available in other territories. If launched, we hope Microsoft also have trained staff ready to help gamers setup and get familiar with the system.