When we first heard of the Nokia X, a device merging the worlds of Android and Windows Phone beneath a body designed by the Finnish manufacturers, we were understandably intrigued. With Microsoft now taking over Nokia's mobile division, the project has not lost any steam, with the company now unveiling its followup smartphone, the Nokia X2.

As with the first Android-powered iteration, the Nokia X2 is equally intriguing, and features a Dual-SIM setup and €100 (R1 440) price tag, with the former being commonplace among Nokia's mid range smartphone offerings. The Nokia X2 is also well sized, incorporating a 4.3" ClearBlack display and transparent plastic back cover overlay. Powering the X2 is a dual-core 1.2 GHz Snapdragon processor and 1 GB of RAM, which should translate into a respectable level of responsiveness. Other key features include a 5 megapixel rear-mounted primary camera, 1800 mAh battery and next generation Nokia X 2.0 software. 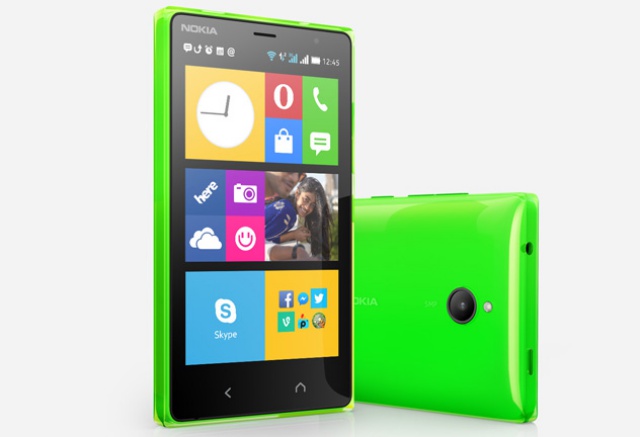 As with the first Nokia X device, this follow up integrates elements of Android's and Microsoft's range of services, all under the familiar look and feel of Windows Phone, with a Live Tile-esque setup that Nokia smartphone users should be use to. On the face of the Nokia X2, are two navigation buttons, Home and Back, which is an improvement on the X1's solitary Back button that some users may have found difficult to use. Also included with the Nokia X2 is Fastlane for quick app, calendar, message and social media information access, as well as pre-loaded versions of Skype and Outlook.

The Nokia X2 is slated for global release sometime in July, although no definitive detail has been released on when it will make its way to South African stores, or how much it's €100 (R1 440) pricetag will change when it does.