Microsoft’s Imagine Cup is an global technology competition designed to give students the platform to create and develop their own applications and experience the real-world challenges faced by software developers.

The South African finals of the Imagine Cup took place last week in partnership with the CSIR Meraka Institute and the Department of Science and Technology in Pretoria, with prizes being awarded by the top three locally-based University teams. These teams will go on to represent South Africa at the regional online finals, with the hopes of making it to the World Finals, hosted on 2 August 2014 in Seattle, USA. 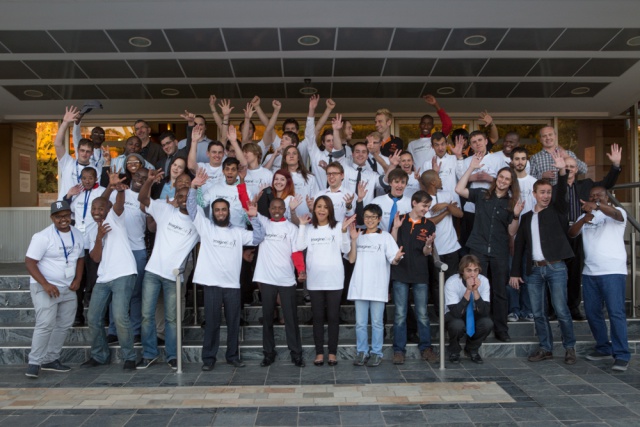 The 12 teams from across the country

Our South African contingent of teams should feel proud of their efforts, with the judging panel giving them high praise, not only because they delivered polished products, but also because of the research and marketing plans they provided to support their applications following their debuts within real-world app markets.

And the winners are...

In third place was Em Squared from the University of Pretoria, whose project is a space puzzle game called Tilt. This title makes use of advanced mobile device features such as a gyroscope and accelerometer to capitalise on an easy-to-use and entertaining game mechanism - that of motion-based mobile gaming. Each Em Squared team member received R2 500 in cash plus a Nokia Lumia 625 (review) smartphone. 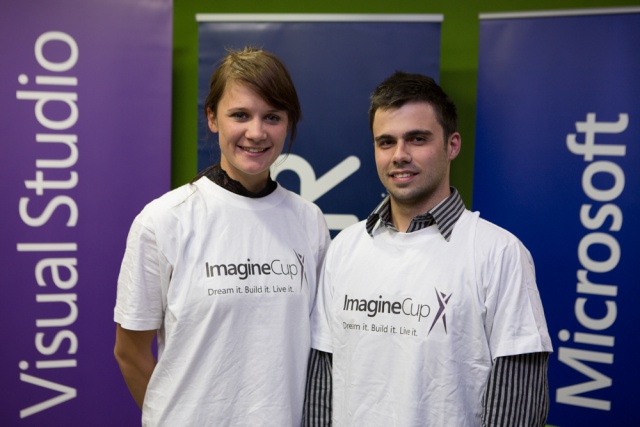 Fo(u)r Slaves from the University of Cape Town claimed the runner up position for their project entitled me@OpenBox, a solution that incorporates a unified communications platform to allow employees to communicate and collaborate with one another using a virtual ‘bulletin board’ that is secured as well as tailored to each employee, ensuring messaging privacy.

In addition, this application further incorporates a highly effective employee analysis tool, which is designed to enable managers to proactively manage their human assets. This tool ensures that employees are working optimally, which helps increase worker retention rates in the long run, according to Team Fo(u)r Slaves. Each team member received R3 500 as well as a Nokia Lumia 1320. 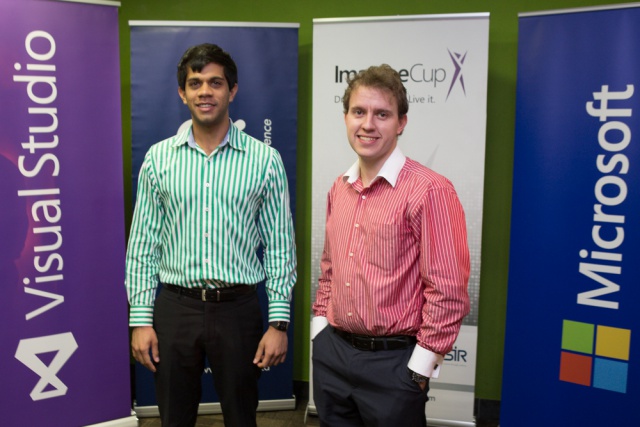 Super Sea Dragons, also from the University of Pretoria, garnered the top accolade for the evening. The team's project, named Orbit, is a 2D action-adventure planet platformer. In this title, gameplay is focused on the exploration and navigation of small planets, as well as collecting weapons and upgrades to fight for one’s survival. Players assume the role of Atlas, the astronaut, Earth’s last hope for finding a new habitat to survive in.

The team comprises of Daniel Esterhuizen, Gerhard Janse van Rensburg, Eleanor Harding and Emile Hay, who are all enrolled at the Department of Information Science at the University of Pretoria. Each team member was awarded with R5 000 cash as well as a Nokia Lumia 1520 (review), which should come in handy as they head overseas later this year. 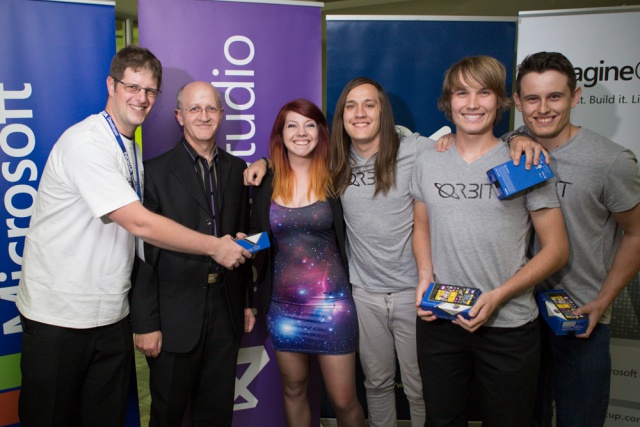 Now in its 12th year, the Imagine Cup - a Microsoft YouthSpark programme - challenges the world’s best student programmers to develop solutions to real-world problems being experienced within their respective communities.

More than 1.65 million students across the globe have participated in Imagine Cup over the past decade. Locally, this year’s Imagine Cup drew 56 entries from universities across the country. In December 2013, 12 teams were shortlisted to present their solutions at the local finals.

“Imagine Cup is more than just a contest under the YouthSpark and 4Afrika banners. It is a way for students to benefit from training and opportunities that kick-start incredible careers, and turn them into local intellectual property developers. Through the Boot Camp and Imagine Camp offerings, students receive unparalleled hands-on experience, guidance and mentorship from industry luminaries, opening doors to a future as entrepreneurs, innovators and technologists. More than that, it turns them into employment creators,” says head of Microsoft South Africa’s developer and platform team, Clifford de Wit.

“These students all share one goal, which is the use of technology to address a problem that exists within their communities and countries. The various teams endeavour to make the world a better place and, in so doing, are presented with an opportunity to compete for generous cash prizes, including the opportunity to meet Bill Gates and receive guidance to help them start their own small business,” explains De Wit.

Imagine Cup sponsor CSIR Meraka Institute’s Senior Technologist Michael Ofori-Appiah says: “The calibre of entries that we received this year was simply amazing, making it extremely difficult to choose our top three teams. All of the entrants were winners in their own right. However, we feel that we have selected the best teams to go on to represent their country and fly the South African flag high at the world finals in Seattle.”

For Imagine Cup 2014, Microsoft is striving to go the extra mile in inspiring tomorrow’s leaders. This year sees the company provide one Imagine Cup World Finalist team with the chance to meet privately with Bill Gates, co-founder of Microsoft as well as the Bill and Melinda Gates Foundation. The team chosen will get the chance to share their aspirations and excitement for a brighter future with this world renowned entrepreneur, innovator, and humanitarian.

The Imagine Cup World Finals event will be held between 29 July and 2 August 2014 in Seattle, with the cash prize for the top team within each category – Games, Innovation, and World Citizenship – being awarded $50,000 (R53 000). 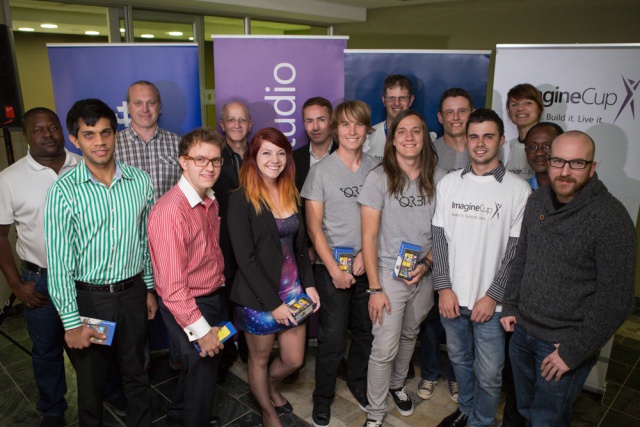 We can't wait to see how well our local teams will fare at the regional finals of the Imagine Cup, as they proudly fly the South African flag abroad.