We're edging ever closer to the December release of Star Wars: The Last Jedi, which means one thing - Star Wars-themed merchandise. While the prospect of Happy Meals with Star Wars toys is always great, the latest offering from Nvidia might prove far more appealing for PC gamers or rig customisers.

Keeping the Star Wars spirit alive and well, Nvidia has a pair of Collector's Edition Titan Xp GPUs, respectively styled to represent the Jedi Order and Galactic Empire. As you can probably tell from the image above, green is for the light side and red is the dark side of the Force. Each GPU features LED lights to create the desired effect, with other nods to the franchise such as each group's logo and their names on the side of the graphics card. 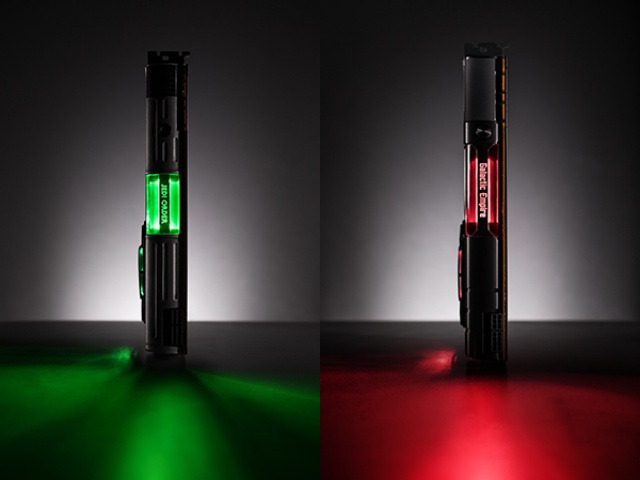 As far as specifications go, the Titan Xp GPUs feature 3 840 CUDA cores running at 1.6 GHz, and 12 GB of GDDR5 memory at 11.4 Gbps, with their most impressive aspect being an estimated 12 teraflops of processing power. Going on pre-order Stateside today, the Star Wars Collector's Edition Titan Xps will cost $1 200 (R17 000).

Nvidia is not the first hardware manufacturer to make use of the Force to sell more products,  with HP previously presenting rather good looking Star Wars Special Edition Notebooks.