When Samsung kicked off MWC 16 a few weeks ago, a big focus of the South Korean company's presentation was centred around VR. Up until now, much of the VR talk hinged upon content creation, but now the company that helped build Samsung's Gear VR, Oculus, has detailed the new social features that it has been working on.

Available to all Gear VR owners from today onwards, Oculus will roll out the new social aspect of its VR platform, which acts as a virtual chat room of sorts, where users that have created an Oculus profile can interact with one another. 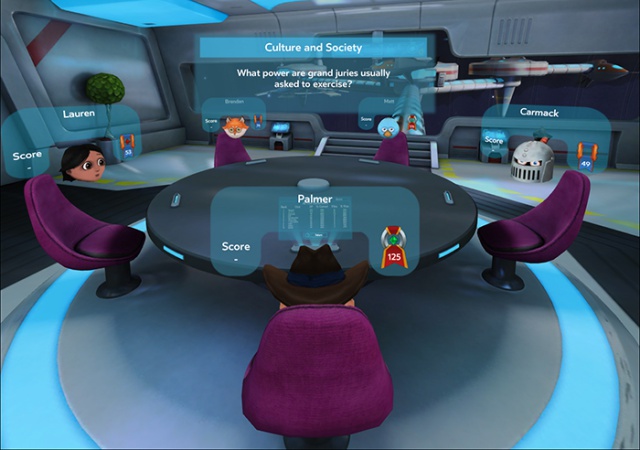 To that end, social gaming will form a significant part of Oculus' new platform, as the company has debuted a few games to accompany the launch. Games like Social Trivia for general knowledge nuts, or multiplayer adventure title Herobound: Gladiators. Both games will centre more on voice and collaboration, than say exploration, as previous Oculus VR content did.

Furthermore, Oculus will also be adding user reviews to the online Store, as the company "looks forward to feedback". Precisely what it will do with said feedback is still unclear.

It's not only games that feature heavily on the social side of Oculus, but 360-degree videos too, with a dedicated Facebook tab coming to the Oculus video library next week. Being a Facebook product at its core, these 360-degree videos can be liked or shared with others via social media.