As with any Samsung event, the South Korean manufacturer often tries to surprise consumers with one of its announcements. This year's Galaxy Unpacked event was no different, as the company debuted its latest offering in the field of VR, and more specifically content creation - the Gear 360. 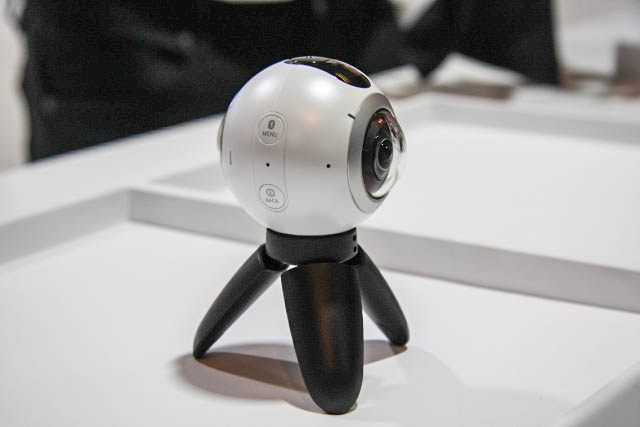 As the name would suggest, it's a 360-degree camera designed to help its users record, share and edit video and still image content, with the aid of Samsung Galaxy S-branded mobile devices.

Although Samsung has not given a definitive release date for the Gear 360, it is expected to debut in Q2 2016. That said, the South Korean company did divulge some of the Gear 360's key features and specifications. Perhaps the most important of these sees two CMOS 15 MP fisheye cameras, which take care of recording and image capturing. This is coupled with a DRIMe5s image processor and the ability to shoot at up to 30 fps (3840x1920). 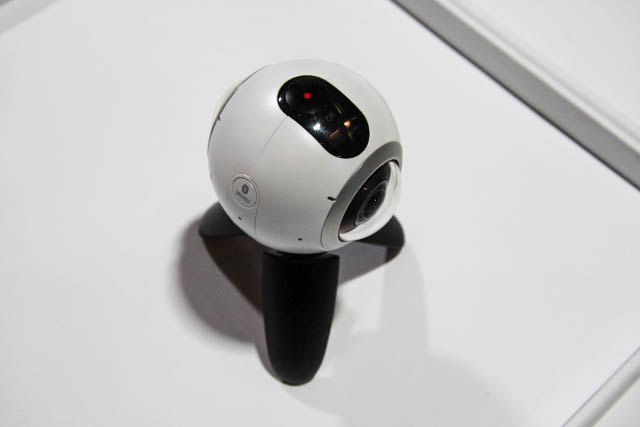 It comes with a microSD slot for up to 128 GB, which will be a necessary purchase, as the Gear 360 offers no onboard storage to speak of. In terms of shooting, users can take normal video and photo, as well as time lapse and looping video. As far as connectivity goes, the Gear 360 caters for NFC, Bluetooth 4.1 and Wi-Fi, with an IP53-rated waterproofness and dust resistance in the mix as well. Whether or not that makes it suitable as an action camera is up for debate.

For now, a release date for the Gear 360 has not been confirmed by Samsung, but they say it is compatible with all Galaxy S-branded devices launched from the Galaxy S6 onwards. Until more clarity on pricing and availability arrives, hit play on the videos below to see what the Gear 360 can do.