If Samsung’s folding smartphone/tablet is the future of the mobile category, then the newly announced Galaxy S10 has to be the present, and based on the details of the company’s latest, the state of smartphones has never look stronger.

In some respects it felt like the company was aiming to beat Huawei at its own game, packing the device with an array of new technologies, refinements and features.

This starts with the  screen, with Samsung’s latest sporting an Infinity-O display on AMOLED, that boasts 1200 nit brightness (about three times your average notebook), and, according to the company, 42% less blue light. The latter is largely considered the main culprit for disrupting the release of melatonin in the brain and interfering with sleep patterns.

Then you get an integrated fingerprint scanner, that, the company enthused, is the world’s first ultrasonic scanner, meaning it uses sound waves. The storage capacity once again ranges from 128 GB up to 1 TB, and that is without slipping in a micro-SD card.

As well, the phone sports Wi-Fi 6, which the company asserted will really make a difference in crowded places, like airports, where everyone attempting to use the same Wi-Fi usually slows connections down. Other refinements are wireless charging in a 1 to 1 ratio, meaning that for every 1% of battery life you send to another device, you lose 1% of your battery life. You do need at least 30% battery life for this to work though, so you can’t drain your entire S10’s battery into another device and be left hunting for a charging station yourself. 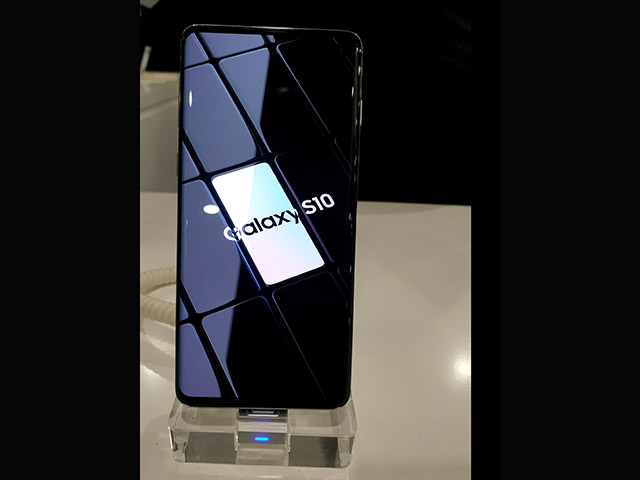 Some of the improvements that the S10  ushered in had to do with partnerships. For example, the company partnered with Adobe to bring its video editing software  - Premiere Creative Rush – to its phones, no doubt an addition that prolific video shooters will appreciate, as it means that their videos can not just be shot in 4K, but also edited and have titles added without having to connect to a PC.

Here though is where things become tricky, because when talking about some of the other innovations, like the cameras, these span across four S10’s – the more affordable S10 E, the S10, the S10 Plus and the S10 5G.

The S10E boasts two rear cameras, a 12 megapixel wide-angle lens, and 16 megapixel ultrawide – with this being comparable to the same span that the human eye  sees – while the S10 and S10 Plus also benefit from a third 12 megapixel telephoto rear camera as well that offers a 2x optical zoom. The S10 5G includes yet another, that of a 3D depth sensing camera for augmented reality applications.

Screen sizes also vary, with the SE, S10, S10 Plus and S10 5G coming in at 5.8” 6.1”, 6.4” aNd 6.7” respectively. What doesn’t change is the processor – all variants receive the same Octa-core Qualcomm Snapdragon 855 processor and, with the exception of the S10 SE, 8GB of memory (the SE gets a still healthy 6GB). Curiously, all the phones feature expandable storage with the exception of the 5G variant, which doesn’t have a microSD slot.

And then there are other features that are begging to be tested, such as AI infused video and photography for optimising your shots, and the smart use of AI to monitor phone usage to get the most out the battery life.