Samsung launches its 2016 lineup of SUHD TVs in South Africa

"These [nanoparticles] are smaller than one ten-thousandth the diameter of a human hair and deliver the cleanest and most vivid colours yet. Samsung has also applied the ‘HDR 1000’ technology to these devices, which can present content with extremely high picture quality, as it expresses HDR with a peak brightness of 1000 nit - the standard for premium material produced in Hollywood," he notes. 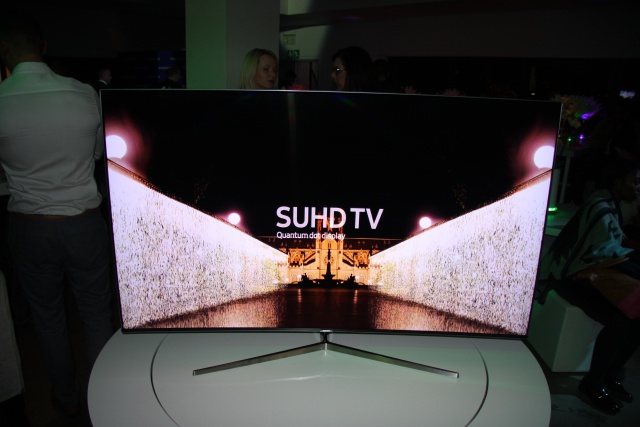 The latest edition of the Tizen operating system does duty on the Smart TV platform, while Thackrah said that a 360-degree design aesthetic allows units to look good from all angles.

Samsung has not officially confirmed the pre-order promo pricing for its latest SUHD models as of yet, but we believe the 65" Series 9 model could retail in the region of R64 999, and 65" Series 8 option for roughly R54 999. Those looking at the slightly smaller 55" Series 8 offering, may expect to pay an estimated R32 999.

The launch comes on the back of the news that Samsung has been named the global TV market leader for the 10th consecutive year. It also marks the tenth year of leading the local South African TV market, according to market research organisation, GfK.