Although the untrained eye will struggle to recognise noticeable changes, Samsung has made many refinements to its high-powered flagship, the Samsung Galaxy S7. Our reporter, Robyn-Leigh Chetty goes hands-on at MWC 16.

The recently unveiled Galaxy S7 flagship from Samsung has a tough task ahead of it - to prove that it's a worthy follow-up to the Galaxy S6 (review), a phone that walked away with the honours as our Top Flagship of 2016. More importantly, does it do enough to beat out some strong competitors as the must-have upgrade for 2016? 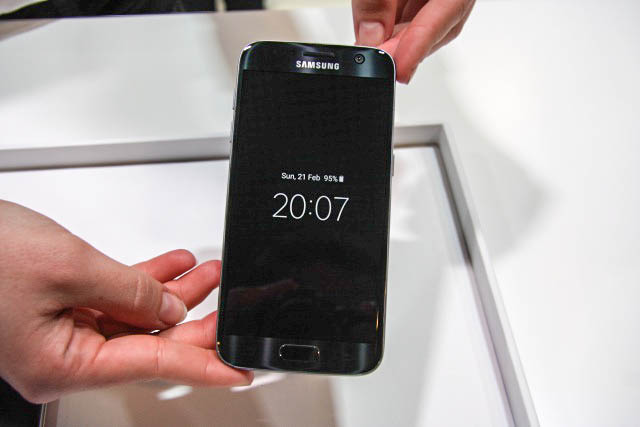 With the S7 it's definitely a case of refinement to an already strong device, with Samsung introducing several minor changes in order to make it feel even more polished than before. That said, on the surface the S7 looks very much like its predecessor, with the combination of glass and aluminum adding up to create a handsome looking device. There is still Gorilla Glass on the back cover of the device, which leads to plenty of smudges, a problem that its predecessor also suffered from.

I had the opportunity to play around with the S7 and it must be said that it does feel truly good in hand. With its 5.1" screen size, it sits neatly while not coming across as unwieldy in the slightest. The phone also has a good heft about it at 152 g, which is a lesser regarded but very welcome aspect for any flagship smartphone. That unsightly camera bulge is also gone, which is one thing I'm certainly happy not to see back. Samsung has included a 12 MP camera and not a 16 MP one as in the past, but with a faster aperture at f1.7. Having tested it out briefly the camera seems to perform as well as the previous versions. 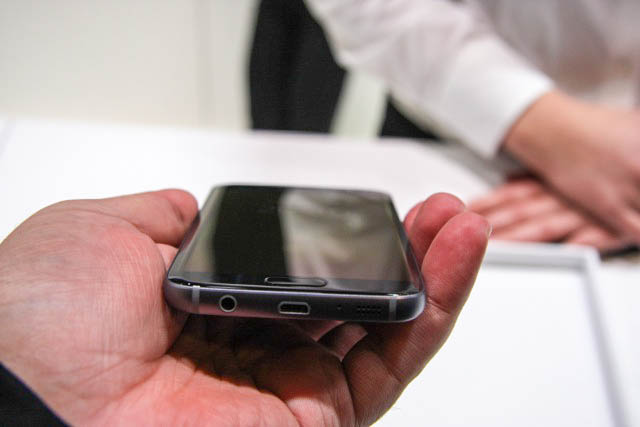 After playing around with the S7, it is hard to gauge how much of a difference the 4 GB of RAM and Exynos octa-core 3.9 GHz processor really yield. As these things go the chipset should be able to surpass the S6's AnTuTu score of 71 022, which will make the Galaxy S7 hard to beat from a processor perspective.

The return of the microSD slot should please fans of the Galaxy S range, as it is one feature that users bayed for. Another change that would have been welcomed is a larger battery. The Galaxy S7 received a 3000 mAh one and while size constraints limits what Samsung can do, I hope that it will power the new device a few more hours than its predecessor.

One thing that did disconcert me though, was the lack of change for the Galaxy S7's aluminium frame body, which still has a taste of Apple about it. Nevertheless, even at this early stage of the year, the Galaxy S7 is one of the smarter phones I've seen.

Although local pricing has not been announced, there has been an event scheduled for the 10th of March, which could see the device appear in shops not long after.