Bigger and more eye catching than its S7 brother-in-arms, the Galaxy S7 edge has all the traits to make it Samsung's true flagship. Robin-Lee Chetty goes hands-on at Mobile World Congress 2016, currently underway in Barcelona. 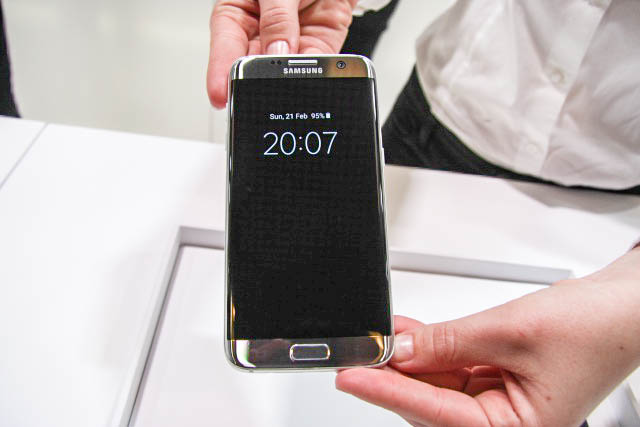 Is the new Galaxy S7 Samsung's reigning smartphone flagship? Given the list of features that the new Galaxy S7 edge touts, it could very easily overtake its brother as the most coveted Galaxy S device out there.

For one it's larger at 5.5", and for some that size makes it primed for use while watching videos or playing games. I'd tend to agree, particularly for gaming, as the wider screen can often offer a more induldgent experience. It's not all play, however, as Samsung has tried to make the S7 edge more of a productivity tool, putting the much lauded edge to work. In the previous model, the edge was primarily used for assigning contacts for quick access. This version has taken things a step further, integrating news feeds and smartphone info into the rounded edges.

While this upgrade was much needed, it would have been nice to see it placed on both sides of the screen. Instead Samsung has limited it to use on either side, which feels like it may have missed a trick.

While 5.5" is sizeable, the S7 edge still sits comfortably in hand and while Samsung has tried to make single handed use easier on this device, two hands is still the preferred method of operation. Despite being slightly heavier than the S7 at 157 g, the Galaxy edge feels almost ethereal in hand. I also noticed something quite odd with the White Pearl version of the device, as its back cover had more of a thick plastic feel than that of Gorilla Glass, which it is meant to be. Talking to some Samsung product specialists, they say this anomaly is limited to that specific colour. 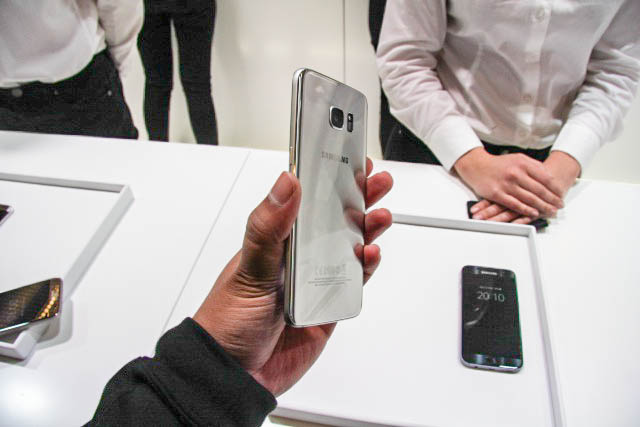 Although the Samsung Galaxy S7 edge has certainly learned from the niggles of its predecessor (review), it still remains difficult to pick up from the sides, something that I thought Samsung might have addressed for this version of the device.

Despite a few shortcomings, the S7 edge is clearly aimed at enhancing on-device entertainment thanks to its large screen and edge-added functionality. Given this and a solid array of specs, the question is whether or not the Galaxy S7 edge, instead of the regular S7, should not be seen as Samsung's true flagship?

Although local pricing has not been announced, a Samsung event has been scheduled for the 10th of March, which could see the Galaxy S7 edge appear in shops not long after.