This year's Winter Olympics are less than a month away, and are taking place in PyeongChang, South Korea. To commemorate the event, local manufacturer Samsung has debuted a Galaxy Note 8 that will be given to competing athletes and participating staff.

There are an estimated 4 000 devices in total, with Samsung also noting that it will be handing Paralympic versions of the phones to those at the Winter Paralympics in March.

As far as the design of this exclusive model goes, it has a white back cover which is in obvious reference to snow, and features gold accents throughout. Added to this are the Olympic Rings on the back, with the Paralympic Rings set for the next version. The UI will also have Olympic-esque flourishes, with five rings and blue and gold colour schemes.

The rest of the smartphone is exactly like the standard Galaxy Note 8, with a 6.3" Infinity Display, bezel-less curved sides and dual camera setup on the rear. Also present is the S Pen stylus, which too is white and gold in design.

At this stage there is no mention of whether this limited edition device will be made available to the public. 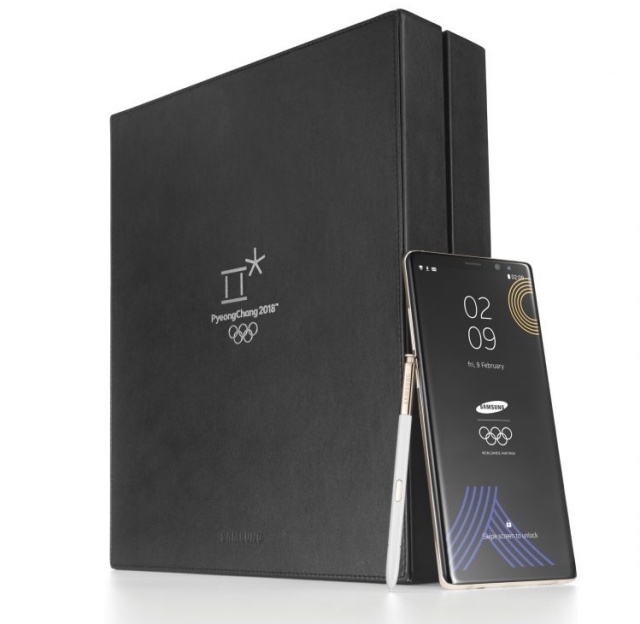