It seems like consumers have a relatively short memory. It was a little over a year ago that everybody was taking pot shots at Samsung following its Galaxy Note 7 fiasco. After the release of the Galaxy S8, all the jokes were quickly replaced by awe and wonder.

When the larger, stylus sporting Note 8 was revealed at the end of August, Samsung once again had the premium phablet to beat. Impressive specifications are one thing, however, but how does the R18 499 (64 GB) Galaxy Note 8 actually fair in real life? We put it to use to find out. 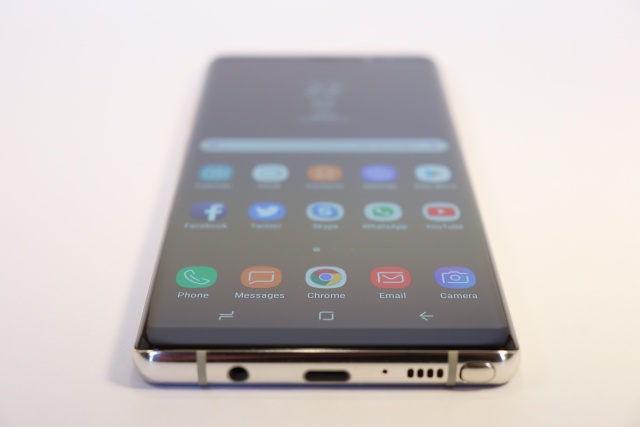 We've noted our love of the Galaxy S8's design a number of times, and with the Note 8, you've essentially got a larger S8, so it should be aesthetically pleasing, right? Well, not quite. While the Note 8 serves up the same Infinity Display design as the S8, this smartphone is slightly squarer and does not feature the same kind of sweeping curves to its frame.

The bezels, on top, bottom and the sides are also more noticeable, which somewhat stunts the single pane glass illusion that Samsung has been striving for.

That said, the Note 8's increased screen real estate at 6.3" means users have far more to play on than they had before. Even at 74.8 mm wide the Note 8 is not difficult to handle, but single handed use is out of the question, which kind of plays into the device's hands. Because it makes the wielding of the S Pen stylus a must. 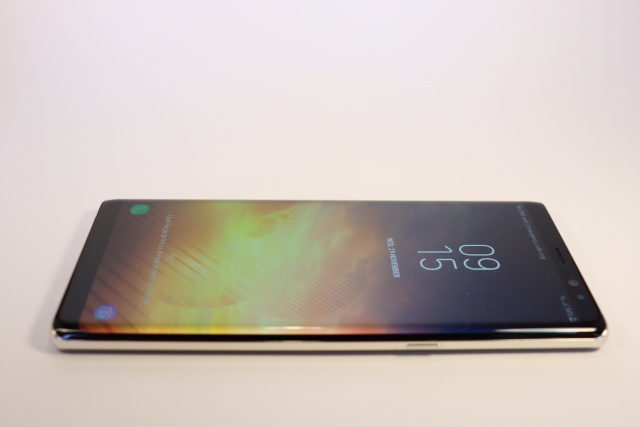 We'll touch on that aspect shortly, but let's stick with design for a tad longer. Like the S8, the fingerprint sensor is oddly placed on the rear next to the cameras. It's not ideally situated, and you'll likely be fiddling about on the back cover searching for the sensor with your finger. So we're hoping the next iteration finds a more suitable spot.

A few design quirks aside, the Note 8 feels every inch the premium device it is meant to once in hand. The combination of glass and metal is welcome, but the smudges that invariably appear on the back cover are not.

Also, like the S8, the edges of the frame can be difficult to grip while picking up the phone, which means a protective cover will be needed to increase the surface area one can hold onto. This is a pity, as it is with the S8, as the 'bezel-less' look that Samsung's gone for is further lost. 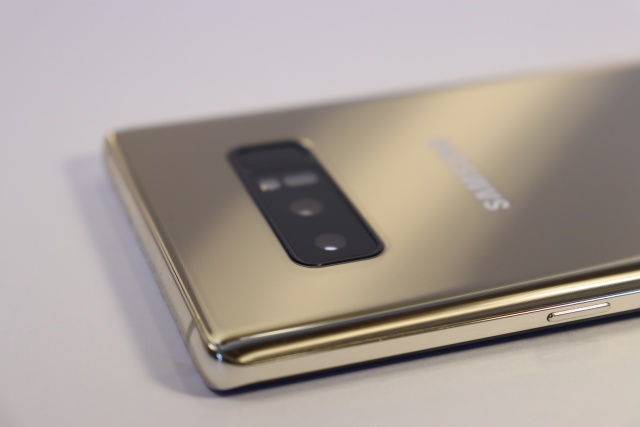 It's time to talk about what the Note series has been known for - the S Pen. As with previous iterations, Samsung has done some fine tinkering to this model, but all things considered the stylus feels much like it did on the Note 7. A clicker release mechanism is again utilised, and clicking it while pondering what to write is quite satisfying. Putting the S Pen back in its slot is far less though, often requiring three or four presses before snapping into place.

That issue aside, the S Pen is as pleasing to use on the Note 8 as it has ever been. Releasing the S Pen brings up a couple of quick launch options for users to jot down notes, annotate pictures or select a piece of text to translate. Its functionality is extended to the Always On display too, which comes in handy when making quick lists or reminders.

When phablets first started entering the market a couple of years ago, the Note series was one of the only phone lineups to make the most of a stylus, and having used the Note 8's one, it's hard to see why more manufacturers haven't tried to emulate Samsung in that regard. 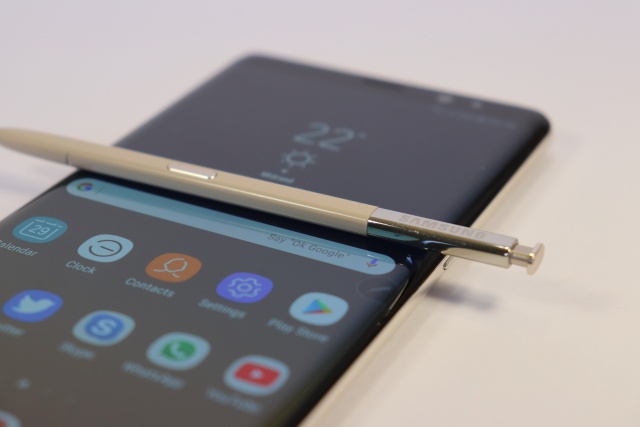 Along with the integration of a stylus, another area the Note series has excelled is the performance. The same applies for the Note 8, with the device handling multitasking with aplomb. The phone did get a smidge hot, but that was following an array of applications being downloaded and a bunch of benchmark tests being performed.

Curiously, those two devices utilise Qualcomm's latest Snapdragon 835 chip, while the Note 8 opts for the octa-core Exynos 8895 processor for our neck of the woods. There is an 835 option for the US and China, so it would be interesting to see how that model compares to this review variant. 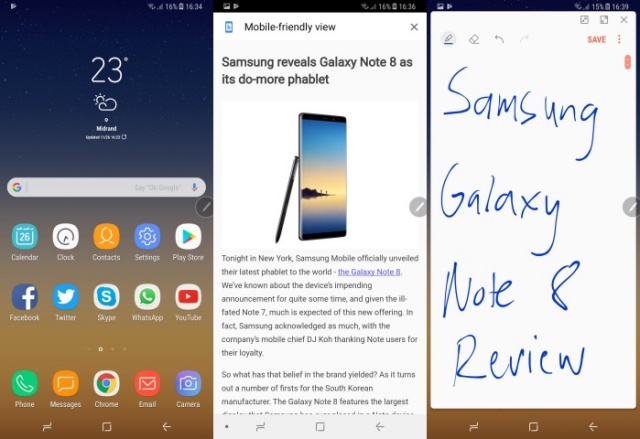 One of the final elements worth touching on is the camera setup of the Note 8. In recent years, Samsung has been one of the top smartphone makers in this regard, with rapid auto focus and finely tuned image stabilisation serving the devices well. The same rings true of the Note 8, with its dual 12 MP rear lenses capturing images expertly in a variety of environments.

Samsung has also added a new feature with live focus, that allows users to adjust the focus from background to foreground before pressing the capture button. It yields the desired bokeh effect that users will be craving, but can take some time to get right, especially if your subject is not static.

All in all though, you'd be hard pressed to find a better all-round camera performance than that found on the Galaxy Note 8. 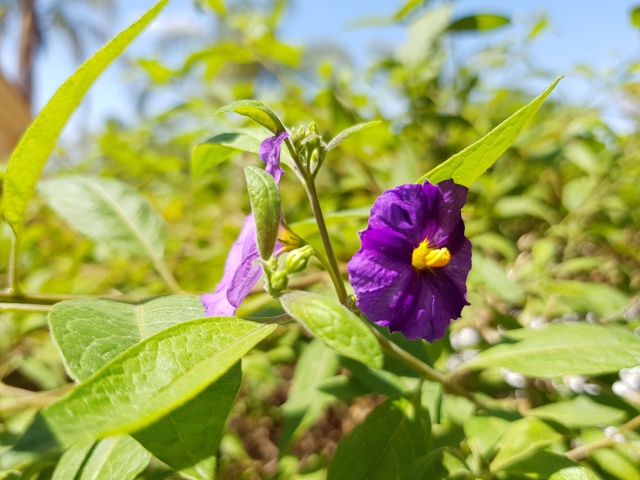 As mentioned before, the Note 8 will cost you R18 499 for the 64 GB model. That's not a small sum by any measure, and places this device in the same bracket as competitors like the Huawei Mate 10 Pro and Apple iPhone X. When it comes to specifications, it's hard to separate any of those devices, but the one thing the Note 8 has to offers that the others don't, is the S Pen.

In the hands of the right kind of consumer, namely one that enjoys writing and can put the S Pen's features to good use, the Note 8 is a good device. When you factor in that it will remain technologically relevant for the next two to three years at least, and the the Galaxy Note 8 becomes a supremely good device.